Rising fuel prices, carbon emission concerns, and increasing calls for energy independence have led to speculation on how to address these persisting challenges in providing adequate energy sources for our society amid increasing demands for clean energy sources.

The push towards electric vehicles and away from fossil fuels is one of the major efforts global leaders hope to address climate change and carbon emissions. Detroit’s Big Three automakers plan for 50% of new vehicle sales to be electric by 2030.

Racing towards EVs (electric vehicles) as a zero-emission “green” solution may be ill-advised, however, as electric power isn’t as clean as one may think, says Dr. Schaffler.

There’s not enough solar and wind energy to power all the electric cars that we’re talking about, and the homes in New York City and every other place in the country. So somebody is burning fossil fuels to create more electricity.  — Dr. Schaffler

Depending on the region, electricity can be produced by zero-emission wind and solar power sources, but it can also derive from burning coal natural gas that emits carbon dioxide or nuclear sources that produce nuclear wastes.

Batteries also contain toxic materials that must be disposed of or recycled properly to avoid potential damages to the environment. If market estimates come true and millions of EVs are purchased by 2030, additional fossil fuel burning will be required to meet the increasing energy demands.

There is also worry that current energy systems may not be capable of providing the wattage to charge the millions of EVs expected in the garages of American households by the end of the decade. Dr. Schaffler believes that hydrogen fuel-cell vehicles can potentially be a viable solution to address that gap since hydrogen is abundant and their only emission is water.

Another solution to consider is reviving nuclear energy as a bridge technology, mentioned Dr. Nair. These technologies could prevent geopolitical conflicts between countries to secure fossil fuels especially as other countries develop and increase their energy demands.

Disruptions and paradigm-shifting energy production technology can also occur at any moment in pursuit of an ideal energy source. Dr. Schaffler pointed out that past researchers at the UK-based JET Laboratory achieved a nuclear fusion reaction recently.

Scientists were able to produce 11 megawatts of power over five seconds by heating atomic nuclei to temperatures of 100 million Celsius to create a fusion reaction. If researchers are able to create power over longer, sustainable periods of time, it could lead to an energy source that produces little carbon emissions and radioactive waste.

She also added that since research silos are breaking down and scientists from different disciplines are interacting with each other more, there is greater potential for future breakthroughs.

However, Dr. Nair added that promising technologies depend on long-term funding, policy, political and public support to address the challenges of making innovations. This can be accomplished by more effectively communicating how these innovations can positively benefit consumers and society as large, a larger challenge given the potential of disinformation to rapidly spread. 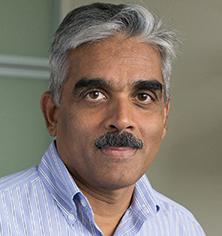 No private company is going to invest in something like [nuclear fusion] with no foreseeable return for the next 15 to 20 years. That is the kind of thing that calls for government funding with a long-term view and commitment. We have to build public support for people have to understand science and value what they see us trying to do.  –Dr. Nair

Interview Excerpts: The Difficulty of Predicting the Future of Scientific Innovation

Conversations From The Hill