Sugar maples are native to the northeastern United States and Canada. The state of New York is the second-highest maple sugar-producing state in the country, just behind Vermont. Not only are maple trees tapped for maple sugar and syrup, but they are also largely responsible for the beautiful foliage colors that the New England region is known for, turning brought red, orange, and yellow in the fall.

Climate change, however, will unquestionably impact sap production in these trees, which occurs within a specific temperature range in the early spring. If temperatures change significantly enough from global warming, they will alter sap flow within the trees’ trunks and hence maple production. 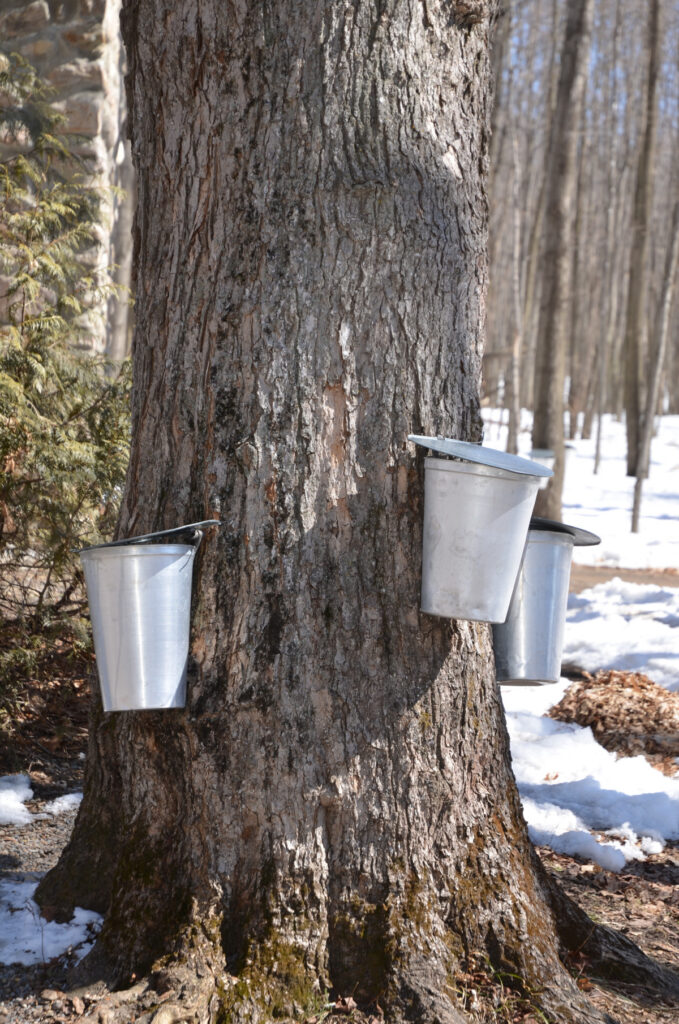 As Carnaval explained, maple trees play a large role in the New York State economy, both through tapping the trees to collect the sap and through vibrant leaf colors that fuel autumn tourism. If the trees are harmed, it could hit both of these aspects of the economy.

“We really want to use sugar maples as a way to give to the state of New York an appreciation of what climate change is doing to its economy, what it’s doing to its ecology, and a way to make society understand or embrace the value of biodiversity, given the changes in climate that we are expecting,”

In order to do this, the team asked for support to conduct a three-year project to study how temperature, humidity, and snow accumulation impact sap quality and quantity in upstate New York, as well as the chemistry of the maple sugar leaves, and the microbial composition of the soil through environmental DNA analysis and barcoding. Team members and CCNY students would make field trips to maple stands to collect data and talk to producers in the region. The data would have been analyzed in CCNY labs by faculty and students.

Some of the plans of the data integration phase included the goal to identify statistical relationships between climate and soil microbe biodiversity with maple sap flow, sugar concentration, and the vibrancy of the leaf colors. If the team were to find correlations between these elements, it would next develop models to predict the impacts of future climate change on the ecology and economy of sugar maples. Following this, the goal would be to use the findings to inform new policies regarding climate change and the maple industry.

Each team member or member pair from a different department has specific expertise that will relate to the project. For example, Professor McDonald (Earth and Atmospheric Sciences) has abundant expertise in remote sensing technology and applications, and the use of drones to document seasonal changes, while Prof. Reinmann (Geography), is an expert on how plants respond to changes in the snowpack.

Importantly, however, this team was not just made up of scientists: beyond involving professors and students in the departments of biology, earth and atmospheric sciences, and geography, they had active participants in political science and international relations, arts, and English. This was seen as crucial by the team as a way to make the project speak to a broader audience.