Dr. Punit Arora is one of three authors of “Female Representation on Corporate Boards in Europe: The Interplay of Organizational Social Consciousness and Institutions,” published in the Journal of Business Ethics. The publication is written with co-authors Cynthia Clark and Patricia Gabaldon and examines 10 European countries and their response to a combination of legal and self-regulatory practices to fulfill gender quotas of boards. As firms are under increasing pressure to be more gender-inclusive on boards, Arora’s research helps answer the question: if and when do boards make an effort to regulate and incentivize female representation on corporate boards?

Dr. Arora is an Associate Professor of Economics and Business at the City College of New York (CCNY). He earned his Ph.D. at Syracuse University and is a seasoned professional with experience ranging from leadership roles in government, businesses, and development organizations. His research examines issues such as corporate governance, sustainability, and social issues in management and entrepreneurship. 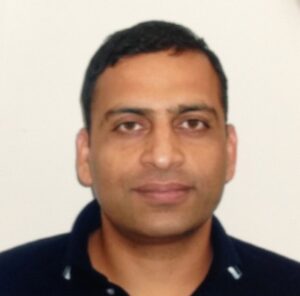 The research found that whether firms comply with legislation aimed at increasing the number of women on corporate boards or not depends on the alignment between institutional requirements and the firm’s own social seriousness. Some firms choose to pay penalties including paying fines, forgoing government contracts, moving to stock markets in different countries, or even delisting from the stock markets and going private rather than simply comply. Others that are more socially conscious of their societal obligations go above and beyond.

In several countries in Europe, legislation has been enacted that requires the number of women be on boards to be anywhere from 30 to 40%. Some of the countries analyzed include Norway, Spain, Iceland, Belgium, Italy, and France.

“In most countries, on average, there is one woman on the board of a corporation,”

Although strong legislation helps, other factors must accompany it to create change. The research found that companies with higher levels of social consciousness and value gender equality, tend to be positively correlated to higher female representation on boards.

“When firms have higher social consciousness, they are more likely to not just go to the required minimum, but often they would go beyond what’s required of them,”

The paper highlights the need for governments and other stakeholders to complement their legislative efforts with awareness campaigns aimed at creating internal stakeholder pressure for social change.

“A change in quota regulations by itself may not be enough. Policymakers need to run awareness campaigns aimed at raising social consciousness to complement changes in rules and regulations for convincing firms to change their behavior.

Companies may be comfortable keeping women as middle-and lower-level employees, and Arora believes the work will hopefully raise awareness about the issue in European countries and can set an example for other countries on how they can get more female representation on boards. Follow-up research is underway examining when companies are likely to comply in a symbolic way versus a substantive way.

“Companies are missing out by not tapping into a diverse talent pool.”

Raising Awareness for the Link Between Structural Racism and Psychosis Risk in the U.S. – Dr. Deidre Anglin