For some, epics are a product of antiquity, a genre of texts from the age of the Greeks and Romans with no modern relevancy. With his new book, The Evolutions of Modernist Epic (Oxford University Press), professor of English at City College of New York Dr. Václav Paris hopes to revive interest in discussing the genre in a contemporary manner by connecting it with modernism works and scientific developments in the 1800s.

While there are many arguments contained within the book, one is that evolution and newfound biological theories from the middle 19th-century influence literature at a far greater scope than presumed. These works are formed by and are a response to the problem of deciphering what evolution means, how it happened, and how the modern world comprehends the subject.

One thesis that the book is putting forward is that modernism, the revolution in literary representation that took place from about 1890 to 1950, owes far more to biology and specifically to Darwin’s discovery of evolution then we tend think. 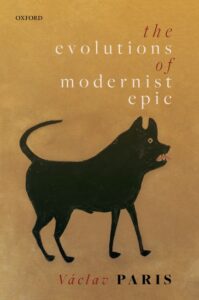 Dr. Paris argues that epic narratives are amongst the most indicative of this involvement and selects five works of literature to demonstrate his point, The Making of Americans by Gertrude Stein, Ulysses by James Joyce, The Good Soldier Švejk by Jaroslav Hašek, Macunaíma by Mário de Andrade, and Orlando by Virginia Woolf. According to Dr. Paris, the authors experimented with writing about the significance of evolution through contemporary epic narratives.

I claim that evolution itself is a narrative, all narratives have a genre, and historically the genre for telling the story of evolution has been some form of epic—it’s the story of how humans evolved, and we tend to think about it in relation to this genre of the big historical narrative involving lots of people and generations.

The global selection of these works strengthens his argument. Darwin’s On the Origin of Species was published in 1859 and within 50 years it transformed how people thought of biology. By then, no part of the world was not impacted or working with Darwin’s hypothesis. “If you think about a revolution like that happening worldwide it’s very important that you don’t have a theory of literature that is limited to one place.” 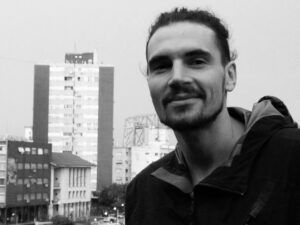 This argument also contrasts with and complements other understandings of modernism as related to historical developments such as Sigmund Freud’s discovery of the subconscious and technological advancements at the time such as the introduction of the telephone, airplane, and car.

Part of the reluctance towards associating science and literature comes from the historic separation of the disciplines, with the perspective that one can learn each separately. As science becomes more technical and driven by expertise, it is becoming more challenging for others to cross disciplines. However, Dr. Paris’s work fits with a recent shift in scholarship hoping to bridge to gap.

In the last twenty years a lot of work has been coming out of the humanities, which importantly demonstrates how intertwined science has always been with literature and the humanities, so I think this is changing. My book is part of a new generation of works that study literature in an interdisciplinary approach.

The book is a culmination of ten years of work, originating as Dr. Paris’ Ph.D. thesis. Soon, Dr. Paris hopes to begin another endeavor exploring literary primitivism, a movement that emphasizes the value of the simple.

Envision A Future Through Crisis And Disillusion – Dr. Sarah Muir