Envision A Future Through Crisis And Disillusion – Dr. Sarah Muir

Dr. Sarah Muir is the author of Routine Crisis: An Ethnography of Disillusion, a look at Argentina’s extensive history of crisis and how the effects of political-economic crises have shaped the lives of middle-class Argentinians. Through her book, published in early 2021, Muir examines how the history of recurrent crisis impacts people’s ways of imagining alternative futures for themselves, their families, and the nation.

Dr. Muir, an Assistant Professor of Anthropology, Gender Studies, and International Studies at City College, specializes in research on financial crises, social class, linguistic practices, and economics. She focuses primarily on Argentina because the country’s long history of crises has important lessons for people everywhere. 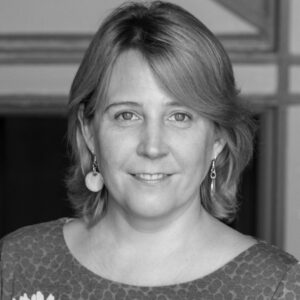 “Argentina is a place with a remarkable history of recurrent political, economic crisis, so I’m interested in thinking about what a long-term history of repeated crisis looks like, and how that history shapes social life, politics, and economic practices.”

In her work, Muir examined 19 years of archival records, conducted interviews with Argentinians, and worked with collaborators in Buenos Aires. Her dissertation was the starting point for her book.

The book questions why the middle-class has often appeared on center stage, even when it is the poorest people who experience the worse effects of political-economic crises, including the 2001-2002 financial crisis.

“In the 2001-2002 crisis, Argentina declared the largest sovereign default in world history. Poverty rates reached well over 50% and unemployment rates reached over 25%.” 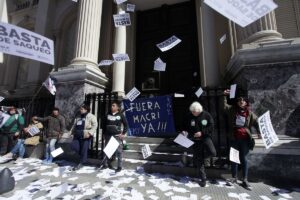 Muir chose to focus on the middle-class as the focal point for many reasons. One reason is that, as in the United States, “Many Argentines think of themselves as middle-class regardless of where their income falls,” she said.

Routine Crisis: An Ethnography of Disillusion lets readers in on important insights into the issues that over a century of political-economic crises in Argentina has created, especially the widespread sense of disillusion that history has produced. The publication also explores the enormous potential that linguistic anthropological concepts have for the study of all domains of social life.

“The research shows that conditions of routine crisis can easily produce a paralyzing sense of disillusion.”

Muir’s current research interrogates the politics of Argentina’s various forms of social insurance such as welfare and pensions. Specifically, she’s analyzing “how people argue about them, about who deserves what, and the history of those arguments,” she said.