Bridging the Gap Between Schools and Multilingual Communities – Dr. Heather Woodley (M.S. Teaching English to Speakers of Other Languages ’05)

Dr. Heather Woodley has dedicated her career to Bilingual Education and Teaching English to Speakers of Other Languages (TESOL). She is an educator, activist, writer and mother. TESOL students become certified by the state and come from diverse backgrounds. They speak anywhere from Mandarin to Spanish. As a TESOL and Bilingual Education professor herself, she dedicates her work to making the lives of multilingual students and their caregivers easier. 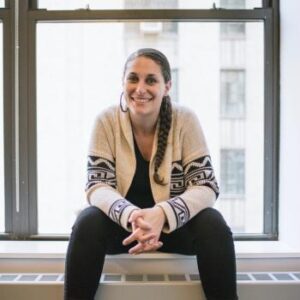 Dr. Heather Woodley is currently the Clinical Associate Professor of TESOL and Bilingual Education and  Director of Childhood Education in the Department of Teaching & Learning in the Steinhardt School of Culture, Education & Human Development at New York University (NYU). She obtained a B.A. in History (Africa and the Middle East) from Wesleyan University. Following that, she attended the City College of New York (CCNY), where she graduated with an M.S. in TESOL in 2005. In 2013, she received her Doctor of Philosophy from the CUNY Graduate Center.

While attending CCNY, she also had a job teaching full-time in the Bronx. Her education and experiences as a CCNY student helped guide her path as an educator. Woodley figured out what she was interested in pursuing after she received her M.S., which was research examining how schools and multilingual families are connecting and working together to empower, engage and affirm the diversity of families and students.

Woodley was an adjunct lecturer at the School of Education at City College from 2008 to 2013.

The students Woodley educates in TESOL, Bilingual Education and Childhood Education to those who are going to be teachers in Pre-K through adult education settings. She works with community-based organizations to delve deeper into research and issues of family and community engagement in schools. 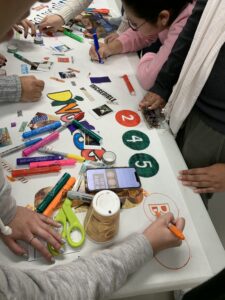 Her time living in Morocco as an undergraduate motivated her to enter the education space. After 9/11, she witnessed a rise in hatred towards the Islamic community in other countries and in New York.

I wanted to take my work and come back to New York to be a public school teacher and work with kids who were living in this completely new world where they’re racialized and facing societal oppression.

Woodley’s research is important because it helps train educators in TESOL so the educators can better integrate into schools. This allows better communication between the schools, caregivers and students. Additionally, students tend to have more comfortability in the classroom because they are multilingual like their teachers. It may also help caregivers to think about their perceptions of schools and figure out what they need from them to encourage their child’s success and promote a sense of belonging.

By examining the connections between schools and families, she is finding ways to help caregivers feel valued.

Woodley primarily received internal funding in the form of grants and awards to conduct her research. She was the recipient of the 2020 Dr. Martin Luther King Jr. Faculty Award at NYU and the 2019 Steinhardt Teaching Excellence Award, as well as many others. 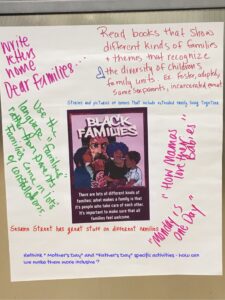 In the future, Woodley hopes to do more close research focusing on how teachers could create classroom spaces that are multilingual and anti-racist.

It’s important to push against the narrative that schools are “saving” a child. I want to challenge that because it implies that there is something to be saved from.

Preparing the Next Generation of Engineering Students for the Future – Dr. Julianne Vernon (B.E., Chemical Engineering, 2004)