Dr. Carlos Silvera Batista is an Assistant Professor of Chemical and Biomolecular Engineering at Vanderbilt University, where his research is centered on nanoparticles, colloidal systems, and collective dynamics in active materials.

A graduate of CCNY’s Department of Chemical Engineering, Dr. Batista came to City College as a junior and conducted research under Professor and current Department Chair Dr. Ilona Kretzschmar. His time in the lab at CCNY inspired him to pursue a Ph.D. in Chemical Engineering at the University of Florida, where he studied carbon nanotubes. 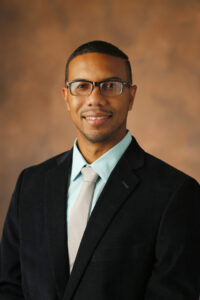 Dr. Batista went on to complete a postdoc at the National Institute of Standards and Technology in Maryland, in which he continued his research on carbon nanotubes, this time implementing an approach commonly used to study proteins.

“We used analytical ultracentrifugation and scattering to study how surfactant molecules attached to carbon nanotubes and how that affected their colloidal stability and separation processes,” Dr. Batista said.

Now, Dr. Batista has spent the last four years at Vanderbilt, focusing on three tenets of his research.

One aim of Dr. Batista’s research is to assess the forces that nanoparticles, ranging in size from 5-10 nanometers, experience when they reach the lower colloidal limit.

“We are studying how solvent molecules, like water, arrange around a nanoparticle and how that affects their interaction and their properties,” Dr. Batista said.

Dr. Batista adopts a similar approach to nanoparticles as he did with carbon nanotubes in his post-doc by utilizing techniques such as analytical ultracentrifugation and X-ray scattering, which are traditionally used for the study of proteins in biophysics.

By treating the nanoparticles as proteins, Dr. Batista’s team can characterize the size of the solvation shell around nanoparticles, and how it can potentially lead to stable suspensions under harsh environments, such as at high salinity and high temperature. Stability under high salinity, for example, is highly desirable to improve the effectiveness of drug delivery using nanoparticles.

Dr. Batista’s subsequent postdoctoral position as a President’s Postdoctoral Fellow at the University of Michigan involved the assembly of anisotropic colloids — non-spherical particles with characteristic lengths of hundreds of nanometers — through the use of electric fields to develop crystalline structures with useful optical properties, such as structural colors.

Another tenet of Dr. Batista’s research at Vanderbilt is the study of fundamental collective dynamics in active materials for the purpose of developing particles that can perform useful tasks, such as the transport of cargo and healing of materials.

“A good analogy is to think about what bacteria or microorganisms do; they are autonomous, they take energy from the environment, and they do the tasks necessary for survival, which include motion, procreation, and defense,” Dr. Batista said. “We want to develop a fundamental understanding of these materials so they can be used in future applications such as micro-robotics.”

The third focus of Dr. Batista’s research is electrokinetics, or the study of the motion of multi-phase systems in electric fields. This research area overlaps with Dr. Batista’s study of the collective dynamics of active materials, as his team uses electric fields to guide the motion of particles and develop a greater understanding of their interactions.

“Our contribution to the field in this case is a fundamental understanding of how a colloid responds when you overlay a concentration gradient and an electric field,” Dr. Batista said. “And the reason we’re interested in this research is we want to use electric fields to direct the motion of the particles, or to perform what we call directed transport. We hope to enable methods for focusing and trapping of nanoparticles for studies at the limit of single nanoparticles.”

In addition to the use of biophysical techniques like analytical ultracentrifugation, Dr. Batista’s team incorporates 3D visualization using laser scanning confocal microscopy to study the dynamics and structure of colloidal systems with high spatial and temporal resolution.

Dr. Batista’s team employs different techniques to synthesize anisotropic colloids, altering the shape or physical properties, to provide more directionality in their interactions. The experimental work is complemented with a significant computational effort to understand the behavior of colloidal systems from fundamental principles.

Dr. Batista’s team is currently working on several articles regarding the main tenets of their research, including one paper that is under review. Their latest article dealt with the characterization of the electrical polarizability of Janus particles in electrolyte solutions.

Their research has been primarily facilitated by Vanderbilt University, but the team has also been funded by the American Chemical Society – Petroleum Research Fund (ACS PRF). They hope to gain the support of the National Science Foundation and the Department of Energy in the near future.

Dr. Batista noted the limitless potential of the application of their findings to the field of micro-robotics, particularly in the development of autonomous colloidal particles that can dissipate energy from the environment. Although this technology is far from being developed today, it could potentially be used to simulate the behavior of biological material and efficiently treat diseases and other maladies.

“We could design materials to move a cargo, let’s say a drug or a biomolecule or a protein, from one position to another and help us treat a disease, for example,” Dr. Batista said. “I must say that this is something many years ahead, but in this field, people are thinking about it and there have already been proofs of concept.”

Bridging the Gap Between Schools and Multilingual Communities – Dr. Heather Woodley (M.S. Teaching English to Speakers of Other Languages ’05)

Human Behavior and The Shape of Our Cities – Dr. Mahdieh Allahviranloo