Soterix Medical has been internationally recognized for its innovations of noninvasive, targeted, and low-intensity neuromodulation technology.

Marom Bikson, Professor of Biomedical Engineering at The City College of New York, directs a large research group that focuses on making medical devices to treat brain, neurological, and psychiatric disorders. Many of the devices that the research group develops use applied energy to the brain in order to trigger the healing process. Bikson has been working on the therapeutic effects of electricity on the human body since his Ph.D. 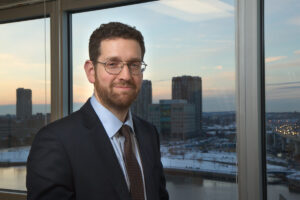 The idea of applying electrical energy into the brain is not new, but the devices used before were either high power or applied energy into almost half of the brain. The breakthrough innovation came when a graduate student in Bikson’s lab invented high-definition stimulation. “Abhishek Datta, now the CEO of Soterix Medical, invented a medical device technology that is low-power and focuses the energy to the specific parts of the brain,” said Bikson.

Using medical devices-based treatments to trigger the brain’s healing process has a very long history, but City College is currently one of the world’s leaders advancing this technology. We thrive because of the quality of the students that we have and the exceptional resources that we have on campus.”

The innovation led Bikson and Datta along with City College Professor Lucas Parra, to start Soterix Medical. “It was based on the technology invented at CCNY,” said Bikson. “The technology was patented by CUNY and licensed to Soterix Medical to commercialize.” 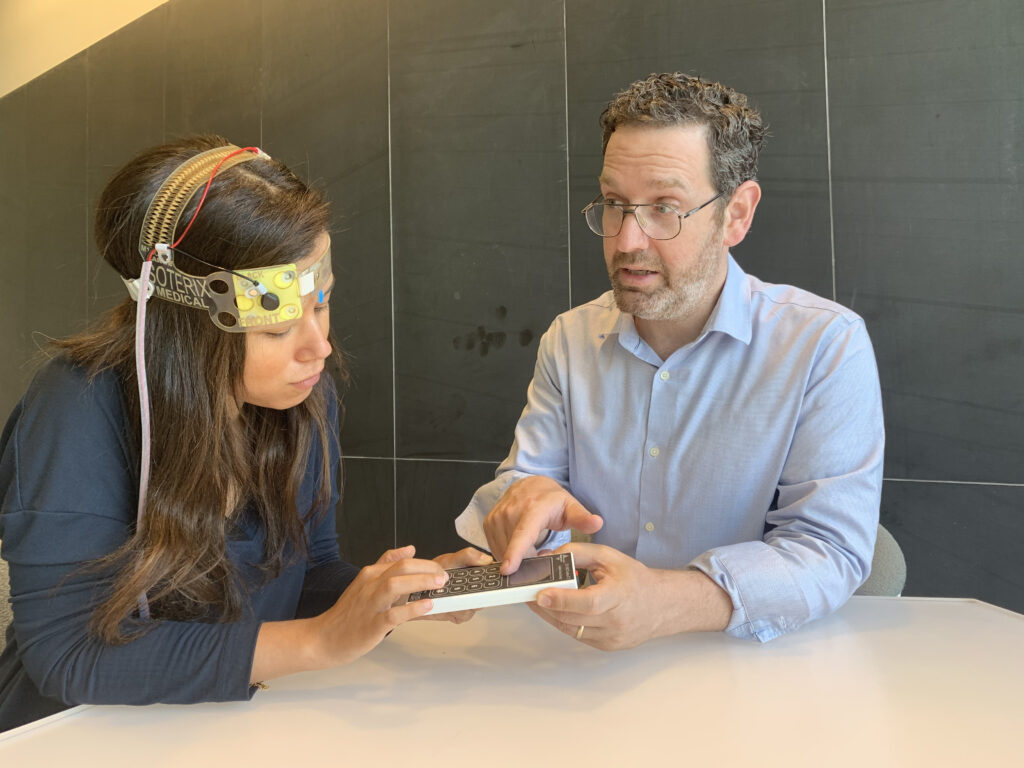 Bikson observed that the demand for the new technology was larger than a university could provide. “At the time we started, there was already a demand for this product,” added Bikson. “We got our first orders even before the company was formed. Soterix Medical has thrived since inception because of the large demand for the technology.”

The company has been making medical devices used in hundreds of medical centers around the world, and its portfolio has expanded beyond its first invention. “Soterix Medical has two major platforms now: High-Definition transcranial Direct Current Stimulation (HD-tDCS) and Limited Total Energy (LTE-tDCS),” said Bikson. “High definition TDCS is designed to be used at medical centers and advanced research centers. LTE is created to support home use therapy, for the patients at home and provide therapy to themselves under medical supervision.”

Recently, the FDA gave Soterix Medical an Investigational Device Exemption approval for the home-based LTE therapy. “It’s very advantageous as daily trips to the doctors may be burdensome for many patients,” said Bikson.

Soterix Medical and Marom Bikson’s Lab have been recently working on trials to treat post-covid symptoms. Many long-term post-Covid symptoms, such as fatigue, migraine, are the subjects that Bikson has been already working on. It has started to initiate clinical trials collaborating with the Medical University of South Carolina on a home-based treatment.

Using an Interdisciplinary and Multi-level Approach to Nip...

Developing Interventions For Harlem And A Worsening Opioid...

Reimagining the Humanities and Arts in the 21st-Century...