In the current installment of Conversations from the Hill, The RICC team Distinguished Professors Beth Baron (History), YingLi Tian (Electrical Engineering), and Sanjoy Banerjee (Chemical Engineering) discussed where they saw society in fifty years and the role research may play in the destination.

Where do you see society in 50 years?

Prof. Baron’s observations centered on the COVID-19 pandemic. Historians, like Baron, have studied pandemics before, and she studied those responses when assessing the current ongoing pandemic. Based on both historical experiences and the way human relationships with nature are changing, she thinks it is likely that we will see more of these kinds of events. 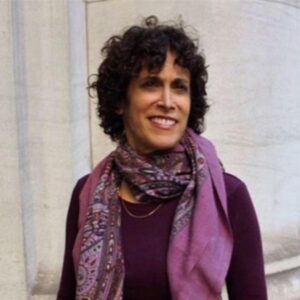 As historians, we don’t predict the future. What we like to do is explain where we are right now. —

The development of AI technology could prove to be a boon to aging societies. Shifting demographics is an issue affecting many modern industrialized nations. As these nations’ populations grow and age, the older members of society can end up far more numerous than they were in the past. This can result in challenges such as providing adequate care for the older population and finding replacements for them in the workplace.

Research and development in AI could mitigate some of these issues. AI could make issues such as diagnosis of disease and hospital organization less burdensome. Tian also believes that developing Assistive Technology could be enormously beneficial for people with disabilities, helping them to be fully integrated into modern societies that currently have roadblocks because of a lack of accommodations.

Collectively, society is still in the early stages of AI research, but Prof. Tian believes some of what she envisions could be achievable in 20 to 30 years.

Prof. Banerjee provided insights into Energy and the concerns and expectations in relation to climate change. 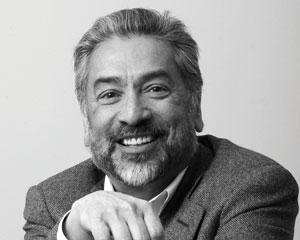 In 50 years, societies are going to be faced with expanding arid zones. Huge impacts on agriculture, all of the above. Mass migration of people away from places that are no longer productive because of climate change. — Distinguished Professor of Chemical Engineering Dr. Sanjoy Banerjee

In 50 years, Prof. Banerjee hopes that humanity learns how to cope with the challenges, and he believes that research on energy is one way to secure such a future. Research into new sources of energy and developing new technologies to process energy is only part of the battle. It typically takes 50 to 100 years for a society to switch from one source of energy to another process and Banerjee believes it will take political will and huge feats of cooperation among counties to achieve it. If such efforts are successful, he hopes that the new sources of energy and technological progress will lead to a larger middle class.

“In 50 years, my hope would be that humanity has learned how to cope with this and tackle these issues which is one of the defining issues of this century,” Prof. Banerjee said.

One barrier to harnessing new energy is technology — we do not have all the tools necessary to efficiently extract fuel from non-fossil-fuel sources. Part of the reason fossil fuels are still used is that they are cheap and inexpensive to harvest. Artificial Intelligence may be helpful in developing some of the necessary technology.

Climate change alone presents staggering issues to overcome in the form of heat waves, disease, and extreme weather events. Such disruptions can lead to conflict, both within nations and between rival nations. Could the issues we see today, like mass migrations, be foretelling a gloomy future in 50 years?

According to Prof. Banerjee, research could work to mitigate or even reverse issues created by climate change, as well as help society at large. Some of the benefits can be seen now, with some portions of the world experiencing an increase in the middle class.

Prof. Baron, however, cautioned against solely seeing climate change as the only destructive force that can erode a nation. Baron believes it is impossible to separate environmental factors and political factors. It is also important to remember that emerging technology can often be harmful. Authoritarian governments can use technological innovation and new sources of energy to grow and maintain authoritarian regimes.

Can We Use New Technologies Such as AI Ethically and Equitably?

Tian says this question is complicated, as AI has the capacity to both help and harm society. “ I think that AI technology, just as other technologies if we use it in a good way, it always can help us to make our life better.” 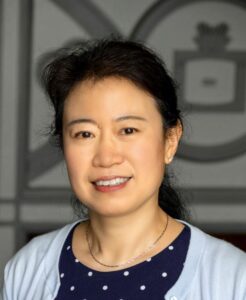 We still want the AI to be developed to work in our human interest. — Prof. Yingli Tian

According to Tian, it is also important to consider the energy efficiency of new technologies as every time technological advancements are made, there will be an environmental impact. She also expressed concern over humanity’s loss of natural survival skills as we increasingly rely on new technologies. “ For example, if there’s a natural disaster, we lose power, we have a blackout or for two weeks, three weeks. How can you handle that without any internet, without any information?”

Discovering Their Passion — I knew when . . .

The RICC team asked the Distinguished Professors to fill in the blank to “I knew when” about their careers.

Prof. Banerjee found his place in engineering “almost by accident,” he explained. Upon graduating from a Jesuit boarding high school in India, he considered going to Cambridge University to study mathematics. Before committing, though, Prof. Banerjee asked an industrialist he knew for advice on his path.

As a result of the input, he attended the Indian Institute of Technology, Kharagpur to study chemical engineering. He said that he sees it as an “almost by chance” situation that led him to the field of engineering.

After graduating from the Indian Institute of Technology, Prof. Banerjee earned his Ph.D. from the University of Waterloo and then worked at the Atomic Energy Commission of Canada. Here, his work to create an electrical breeder using proton beams kicked off his work in energy. Following that, he taught at several universities before making his way to the City University of New York.

As a Distinguished Professor of chemical engineering at City College, he also serves as the director of the CUNY Energy Institute.

Prof. Baron similarly came to her field after considering an entirely different profession. She was originally a pre-med student as an undergraduate but ended up switching to a history major after taking some history courses and enjoying them.

“I love history,” she said. “I love the stories of history, the narratives of history, and the way that history helps me understand not just the past, but how we got to where we are.”

Her studies and research focused heavily on the Middle East, more narrowly on Egyptian history. Baron’s work has come full circle as she now researches the history of medicine, touching on her pre-med roots.

She decided to become a professor while pursuing her Ph.D. when she said it hit her that she needed to find a way to turn her passion for history into a paying job. It turned out to be the right career for her,

“I love doing the research, I love writing,” she said. “And I continue to love to research and write, but I just like being in the classroom. I love teaching and learning with the students. I’ve learned so much from City College students over the years.”

Prof. Tian shares a similar love of teaching and inspiring students. When she started her collegiate journey at Tianjin University, it was during a time when colleges in China were relatively inflexible on students changing majors. That meant “once you get admitted to one department, you’re there” for the rest of your studies, essentially.

While she did not know with any specificity what she wanted to do at the time, she knew she was interested in engineering. She joined the Department of Optoelectronics, which she said gave her “a solid foundation for everything [she] needed to be a good engineer.”

Following her studies, Prof. Tian worked in a computer vision and pattern recognition lab in Beijing, as well as in industry. She ultimately made her way to teaching, which is a job she feels is very rewarding, particularly through the influence she gets to have on young female engineers.

“I was the only female professor in the department for more than 10 years. As an Asian woman in that men-dominated field, I really encourage my students, especially the girls in my class, to speak up, to sit in the front of the room, to stand up, to solve the problem on the blackboard,” she said. “At the beginning, they sit at the back row, but after several weeks they really stand up [and] come out in front of the blackboard to solve the solutions, they can ask the questions. I’m really glad about those things, so I really want to encourage them to be standing out in the engineering field. That’s something I’m really happy to be in the Atlantic area for, to pass my knowledge [and] to communicate with them.”