More than two years into the global COVID-19 pandemic, contact tracing is a well-established means of tracking and containing the coronavirus. However, in the early stages, it was an unfamiliar concept to many, especially those in Fortaleza, Brazil, where Dr. Hernan Makse and his colleagues developed a mobile app to trace COVID cases and help stop the spread of the virus.

Dr. Hernan Makse is a Distinguished Professor of Physics at the Levich Institute at the City University of New York. He is also the founder and CEO of K-Core Analytics, a research company that uses Artificial Intelligence and social network structures to predict things like political opinions and election results. 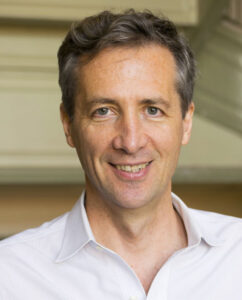 In October 2020, Dr. Makse received a $1.1 million grant from the National Institute of Health to aid in his research on Complex Systems. The grant allowed Makse and his colleagues at GranData and the Federal University of Ceara in Brazil to develop the K-Core Tracing App, a mobile application aimed at tracking and disrupting the spread of the covid virus.

One of the early challenges in the research and development process was understanding the virus itself. Dr. Makse and his colleagues struggled to understand why the virus was still spreading rapidly while much of Brazil was under strict lockdowns. Analyzing their data, they realized that the small number of people who had to continue working in essential positions like hospital workers and food service were continuing to circulate the virus.

This actually created the network that was 10% of the network before the lockdown, but it still was enough to transmit the disease. So pretty much we uncovered the reason why the lockdowns were not so effective in stopping completely the resistance mission.

The development of the K-Core tracing app was a component of research work published in April 2022 – “Digital contact tracing and network theory to stop the spread of COVID-19 using big-data on human mobility geolocalization”.

A main objective of the app and this research was to locate “super spreaders” of the virus and isolate them to help stop the spread. These super-spreaders are called the “K-Core”, or the center of a network’s transmission, and are key to understanding how the virus spreads.

Our network analysis shows that a drastic reduction in people’s mobility under mass lockdowns results in a drastic disintegration of the transmission network. However, this disintegration is not complete, and the virus keeps spreading in the k-cores of the contact network. This result highlights the importance to perform digital contact tracing protocols in addition to the mass lockdowns to completely break the remaining transmission network. Makse et al., PLOS Computational Biology (April, 2022).

Going forward, Dr. Makse says the challenge in contact tracing will not be in further developing the science, but rather issues related to data and privacy. Though contact tracing is a proven method of containing the virus’ spread, many people in Fortaleza were reluctant to opt into using the app due to concerns about their data being shared.

In Brazil, we were pretty much the first one coming with this technology. But the challenge was actually to convince people to download the app and participate. From the scientific point of view, I think the problem is solved. But it remains to understand the psychology of people and how can we actually make these technologies available to everybody.