Dr. Kucheva is an expert on social policy and demography. Her research focuses on housing policy, residential segregation, and environmental justice in the United States.

Dr. Fuentes-Mayorga, who is also an affiliated faculty with the CCNY Department of Latin American and Latino Studies, is an expert on international migration and education, poverty, public health, and racialization. Her latest research is focused on the social mobility and new levels of inequality experienced by primarily immigrant Latino families and their youth in New York City.

Although their offices are side-by-side, it was not until the start of the pandemic that Dr. Kucheva and Dr. Fuentes-Mayorga joined together to research the impact of COVID-19 on immigrant Latinx families in New York’s tri-state area. 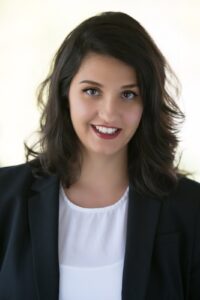 “We have been thinking about collaborating for a very long time since I started at City College, but the pandemic presented this opportunity where we could use our respective substantive interests, as well as methodological skills to study a population that has been left behind not only in government statistics but also in larger conversations around the social safety net in the United States,” Dr. Kucheva said.

Dr. Kucheva’s and Dr. Fuentes-Mayorga’s first joint research project combined their areas of expertise to investigate how the excessive infections and death rates of immigrant Latinx families in New York City could be attributed to housing and occupational inequality.

In the Fall of 2020, both scholars received a rapid response COVID-19 grant from the internationally renowned Social Science Research Council to conduct a pilot study and test for what is known as the “Hispanic Health Paradox” theoretical framework.

“This is a classic explanation or theory that has been used since the early 1980s to explain the poor health outcomes of mostly working-class Latino immigrants in the US,” Dr. Fuentes-Mayorga said. “And what it has continuously demonstrated is that nativity is very important, that the longer you stay in this country, especially for non-white Latinos born in the US, rather than benefiting and having longer life expectancy, they have worse life expectancies and health outcomes.” 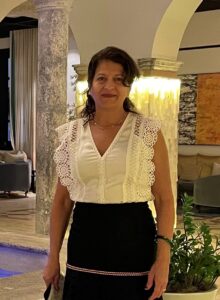 The framework for their first study extends a project Dr. Fuentes-Mayorga conducted in 2017 with another sociologist/epidemiologist, in which the authors concluded that improvement in socioeconomic status among the largest  U.S. Latinx groups does not improve their health outcomes, strengthening the prediction of the Hispanic Health Paradox, especially among historically racialized groups

Because they received the grant and started this research during COVID-19 lockdowns, Dr. Kucheva and Dr. Fuentes-Mayorga had to adapt their methods of data collection to protect themselves and the families they interviewed.

Both researchers are still combing through census data and conducting surveys and interviews to gather a more holistic picture of the pandemic’s effects on one of the most negatively impacted and vulnerable communities in New York City.

Their second and latest joint project built off of the findings of the first study, receiving a $30,000 grant from the Russell Sage Foundation.

“Ours is probably the first systematic study on the effects of the pandemic for undocumented populations; specifically for the ways in which undocumented populations have had to rely on different sources of support, whether it be the social safety net support from the state or the federal government, or from families, friends and community organizations and how these entities helped undocumented families get through this incredibly difficult time,” said Dr. Kucheva, the lead investigator of the second project.

People who are undocumented are not eligible for benefits through the federal social safety net, leaving them vulnerable to adverse health outcomes, which during the pandemic lowered their chances of surviving infections and hospitalizations and jeopardized the health and financial wellbeing of their families.

Just like their first research project together, Dr. Kucheva and Dr. Fuentes-Mayorga have had to adapt their methods of outreach to the communities they are working with.

A key part of their research success has been facilitated by their collaboration with the Mexican Coalition of New York, a nonprofit in the South Bronx. The Coalition has been key in Dr. Kucheva’s and Fuentes-Mayorga’s ability to study hard-to-reach Latinx immigrant communities, as traditional data collection efforts such as the ones led by the U.S. Census Bureau lack the ability to accurately track and represent the needs of undocumented populations.

The scholars’ research has also been supported by several undergraduate research assistants, many of whom are from the Latinx communities directly addressed in Dr. Kucheva’s and Dr. Fuentes-Mayorga’s study. The team used the grant from the RSF to add a student mentorship component to their study.

The emerging findings from Dr. Kucheva and Dr. Fuentes-Mayorga’s study suggest that the temporary expansion of the social safety net in New York State through the Excluded Workers Fund was a real difference-maker in providing much needed financial resources to undocumented Latinx families. Both researchers also agreed that long-term policy solutions should extend the U.S. social safety net to everyone who lives here beyond the temporary measures passed during the pandemic.

“I would like first of all, a recognition of the function that the undocumented and vulnerable families have done in this country in their roles as ‘essential workers,’” Dr. Fuentes-Mayorga stressed.

Dr. Kucheva also mentioned that the New York State program for undocumented workers was the first of its kind in U.S. history in terms of the amount of monetary support and quick implementation and should not only be extended past the pandemic but should also serve as a model for other states and the federal government in supporting essential workers.