In a recent publication in Nature Communications “Solving Groundwater Depletion in India While Achieving Food Security,” Dr. Naresh Devineni, Associate Professor of Civil Engineering at the Grove School of Engineering, details the research conducted on water security issues in India, the impact of these issues on agriculture, and the policy changes that could potentially improve the situation. 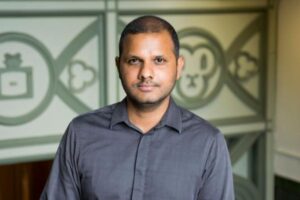 Dr. Devineni has researched water depletion and security in India as it affects agriculture since 2010. Work on the manuscript began in 2011. Dr. Devineni’s areas of expertise are in water sustainability, hydrology, risk management, probability and statistics, and machine learning.

India’s water stress comes from the variability of its climate, due in part to its monsoonal climate. This means that there are typically only four months of rainfall a year, rather than rainy days spread across the entire year. In years when there is drought, the region will end up going more than a year without any rainfall.

Certain regions of the country have heavy agriculture, which can cause stress on the local water systems. For example, rice is primarily grown in the northwestern part of India. This is an area that does not get a lot of rainfall, but rice is a crop that requires a lot of water to grow. In fact, it requires about three times the amount of rain that falls in the procurement region.

To ensure the rice has enough water, farmers mine deep groundwater. This practice is made affordable with subsidies from the government for the energy costs of the pumps. However, water that took a hundred or so years to accumulate to deep layers will not be replenished for a long time once it is all used up.

The main solution proposed in the article is to grow crops in the regions that get roughly the same amount of rainfall as the crop needs in water. Rice farms can be moved out of the areas that receive less rainfall to other areas, and a crop that survives on minimum water needs can be grown there instead.

This can be done through policy changes at the governmental level, Dr. Devineni explained. The benefits of the changes would trickle down to individual farmers. If farmers could begin growing crops that are more sustainable and lucrative in their regions, rather than crops that consume excess water, it would improve their livelihoods. “So, I think it’s a win-win situation if they have some sort of a policy change in terms of where they are procuring specific crops,” Dr. Devineni told The RICC. 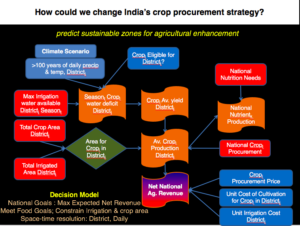 The PepsiCo Foundation-funded project began in 2008 and continued until 2015, and the funding it provided allowed some researchers to be sent to India. Dr. Devineni was able to conduct the study remotely from New York City, collaborating with researchers in India online. Despite this, Dr. Devineni believes that it has been an enriching experience to work with people based in other parts of the world.

“I think it is very enriching and also we learn a lot, because a lot of the perspectives that we have here, sitting in New York City, just trying to do traditional water systems analysis, without talking to the actual people on the ground there, it was really hard to get to the bottom of the solution,” he said. “I think it’s enriching to just learn a lot from these people. They may not understand the intricacies of the models, but we may not understand their perspective, so that sort of co-learning is quite useful.”

India’s water problems and food security are still an important challenge and an interest of Dr. Devineni, and now he believes that the focus needs to be on policy redesign.

“This is not the end of the story,” he said. “I would say it’s the beginning of the story.”