How does someone go about making the world of science a more inclusive place? In the United States, for example, 13% of the population is Black, but Black researchers make up just 6% of faculty positions in science, technology, engineering and mathematics (STEM). Women comprise about 50% of healthcare and technician fields, but are underrepresented in the jobs of computer technology and engineering, cited the Pew Research Center.

Hispanics are the least represented making up only 6% of the STEM workforce.  Researchers know that the need for inclusivity is great, and have developed programs that address the barriers preventing fair and inclusive environments for research. 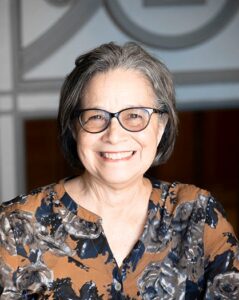 One group making strides in equality is the Centers of Research Excellence in Science and Technology Ideals CREST. The ideals of

Crest, according to their website, is a National Science Foundation (NSF) program that makes resources available to enhance the research capabilities of minority-serving institutions through the establishment of centers that effectively integrate education and research.

Through the efforts of CREST and its programs, the number of minorities is “a source of pride,” states their website. They have increased the number of Ph.D. students, REU students, and faculty to include Hispanic, African American, and female representation. Heading this group as the center director is Dr. Maria Tamargo, who works on her semiconductor research with CREST students and staff.

“The sciences have suffered from a lack of diversity and although there have been some gains it has been a very slow process It is very disheartening to see how slowly things change,” said Tamargo. ‘I do believe that this last year has brought a new urgency and renewed activity to the process.”

CREST Center IDEALS was created in April of 2016. Initially, there were only 21 members of faculty from Chemistry, Physics, Chemical Engineering, and Electrical Engineering. In five years, the program supported about 21 Ph.D. students, of which about 12 have already obtained their degrees and are working in Industry or in universities.

The NSF funds a large number of research programs for undergraduate students through its REU SITES program. Through CREST, the NSF is funding the Summer Research Experience for Undergraduates (REU).

“I’m very proud of the fact that it (CREST) has gone very well, obviously, it’s just a small step towards this very complex problem.”

REU provides students with a hands-on experience in state-of-the-art facilities. Faculty members that are associated with the CREST center act as mentors to share their knowledge and experiences. The REU program is made up of a series of extracurricular activities that are developed to bring students beyond the core laboratory work. “Our researchers and students have published over 100 papers in reviewed scientific journals and have presented many talks and posters at Scientific Conferences,” stated Tamargo

An REU site consists of a group of 10 or so undergraduates who work in the research programs of the host institution, explained the NSF.gov site. Each student is associated with a specific research project, where he/she works closely with the faculty and other researchers. At the end of the program, students present their results in a College-wide Poster Presentation. 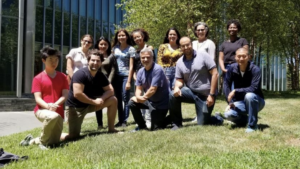 To assist students in the program, a $5,000 stipend is offered and those who are eligible can get housing if required. In order to participate, students must be U.S. citizens, U.S. nationals, or permanent residents of the United States. The summer REU students come from a wide range of universities, including many of the University of Puerto Rico campuses, Hampton University, Howard University, Catholic University of Puerto Rico, Inter American University, Fordham, Cooper Union, and of course, other CUNY campuses, such as Lehman, Brooklyn, Hunter, and CCNY.

The goal of the IDEALS program is “ to make a very serious effort to enhance diversity and inclusion in the STEM areas (Science, Technology, Engineering, and Math),” said Tamargo. The center addresses this problem primarily at the graduate level by working on how to increase the number of students from underrepresented groups to enter and succeed in the doctoral programs.

Tamargo counts on the help of undergraduate students through CREST to not only help with aspects of the research but to encourage the seasoned researchers as well. “Many times, when they’re using a specific technology, a technique that we haven’t mastered, it forces us to get into it and teaches them the technique,” for Tamargo this is a win-win.

“I’m very proud of the fact that it (CREST) has gone very well, obviously, it’s just a small step towards this very complex problem,” said Tamargo. By building out a foundation for students, CREST advocates for marginalized students and aims to adjust the imbalance in the field of science. For more information on the REU programs, or to see the application details and deadlines please visit the NSF site.

Noah is a recent college graduate of Baruch College with a degree in Journalism and Political Science. He enjoys reading, painting, writing, and taking photographs. In addition to this, he enjoys spending time with his family and friends.

Opportunities to Work Alongside Faculty – B3 REU Program