As New York City became an early epicenter of the COVID-19 pandemic, researchers started examining the relationship between the socio-economic conditions and the positivity and death rate. Dr. Prabal De, professor of Economics and Business at the Colin Powell School, has found that pre-existing economic conditions are significantly associated with the positivity rate in New York City. 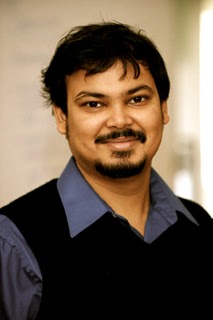 Collaborating with his graduate student, Taylor Price, De has combined zip code-level testing, infection, and mortality data with a set of demographic and economic variables from the United States Census Bureau’s American Community Survey. The team has worked on a range of variables that focus on the commute time, designated occupations, and overcrowded housing. 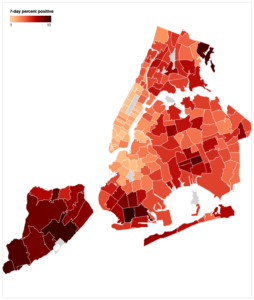 “What I found interesting as an economist working in the intersection of health economics and public health was that economic conditions are strongly correlated with health,” explained De. “Back in April, this was really new, and people were still trying to figure out what was going on. Preliminary evidence was clear that the impact was much severe for minority populations.”

The study has found a strong correlation between the positivity rate and commute time, designated occupations, and housing conditions. Zipcodes that have higher concentrations of residents living in crowded living quarters, employees in high-risk occupations, and employees commuting more than half an hour are significantly associated with higher infection rates. De has also found that higher rates of crowded housing are related to the mortality rate.

“Except for overcrowded housing, we did not find a significant correlation for the death rate, which is not surprising,” added De. “First, we know that the death rate of COVID-19 is concentrated more in the elderly population. Second, the death data was new, and we did not have much variation.” De has noted that the lack of information on individual levels of conditions is one of the limitations of the study.

The project aims to address how economic factors, such as working and living conditions, impact public health.

“I wasn’t really surprised when those pre-existing disparities manifested themselves into higher levels of infection,” said De. “If you look at the race/ethnicity profile of certain occupations in the US, you will see that positions like home-health aides and nurses are overrepresented by women of color, and occupations like grocery store workers, essential workers, and custodians are overrepresented by people of color and minorities. There is a connection between labor economics and health economics that how you work can expose yourself to this new virus.”

The work is continuing with two doctoral students at the Graduate Center at CUNY to expand the COVID-19 related research.