Dr. Karen Hubbard is a molecular biologist whose research focuses on RNA metabolism during aging and the relationship between cell death and aging. In recent years, she has primarily worked on projects that aim to address health disparities in communities of color and for women. Her current research project is with Dr. Maria Contel, Professor in the Chemistry Department at Brooklyn College. This project is investigating the role of ruthenium derivatives in the treatment of triple-negative breast cancer, while her newest programmatic research is working with Stand Up To Cancer (Su2C), a charitable program that raises funds to accelerate translational cancer research, to disrupt the norms in the way that clinical trials are done.

Photo by the City College of New York

Triple-negative breast cancer is a highly aggressive form of cancer that mainly affects young women and women of color. No targeted therapies address this form of cancer, unlike other cancers, so Hubbard and Contel are researching how a ruthenium derivative, a metal based-chemotherapeutic that can kill cancer cells, can be useful and efficient in specifically treating this form of breast cancer.

When people have triple negative breast cancer, they think to just throw the kitchen sink at it, so they use more standardized treatments. We’re trying to find more targeted approaches.

Since conducting research, both Hubbard and Contel have found that a very low dose of Contel’s ruthenium derivatives kills triple-negative breast cancer and that the drug is easily made and cheap. This research may lead to clinical trials and, potentially, the reduction of cancer health disparities.

The drug inhibits the proliferation of tumors in terms of killing it, but it also seems to inhibit some aspects of metastasis.

Hubbard and Contel are still applying for funding in the hopes of moving on to a clinical trial stage. While waiting on that, Hubbard has started her role as a PI of the Su2C grant, which has been funded since May 2021, as part of D.I.S.R.U.P.T., Su2C’s Health Equity Initiative.

This initiative confronts the lack of diversity in cancer clinical trials, which stems from the underrepresentation of people of color in the trials. Four institutions are involved in D.I.S.R.U.P.T.: The City College of New York, Albert Einstein College of Medicine, Columbia University, and Mount Sinai. 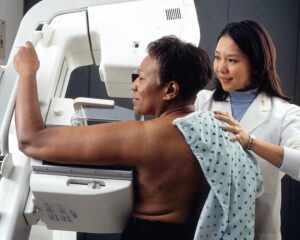 The first aim of the Initiative is to raise awareness in minority communities by having ambassadors and leaders from the involved institutions talk with community partners about clinical trials, thereby creating new norms about cancer. The second aim is for institutions and health providers to find trials that correspond to patients, rather than finding patients and trying to assign them to trials. This way, it’s easier for patients to know what trials they can already fit into.

The aim is to do these things in a different type of way and to disrupt the system, so instead of it being top down, it’s bottom up and the bottom up is the community.

People like me, scientists who sit at their little cubby holes and think about drug discovery or molecular pathways to cure cancer, it’s important for us to go into the community and to design experiments. They can address a real need for the community as opposed to something that has nothing to do with it.

Although Hubbard is new to working with Su2C, it is somewhat of an extension of her work with MSK. The objectives are the same, to reduce cancer health disparities, but they’re doing so in different ways.

Determining the Influence of Race in Medical Education – Marcus Mosley