Setting the CUNY School of Medicine up for Success – Dr. Erica Friedman

Dr. Erica Friedman, the Deputy Dean and Medical Professor for the Department of Medical Education and Office of Academic Affairs at CCNY has been helping to establish the infrastructure of the CUNY School of Medicine since 2013.

The first-generation physician was originally recruited to CCNY to help convert the Sophie Davis Biomedical Education Program founded in 1973 from a baccalaureate program with only the first two years of medical school into a seven-year combined Bachelor of Science and Doctor of Medicine (BS/MD) program at the CUNY School of Medicine.

My primary role has really been to establish clinical affiliates and a medical school curriculum and help get us accredited to really ensure the longevity of the Sophie Davis program. It took a leap of faith for CUNY to support a medical school. It is a huge undertaking and has significant financial implications, and it was only with the support of City College and the CUNY leadership that we could do this. 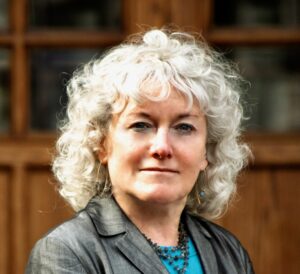 Dr. Friedman was recently recognized for her instrumental role in ensuring the Sophie Davis program’s legacy, and in the creation of the CUNY School of Medicine by being awarded the Hispanic Health Leadership Award from the National Hispanic Health Foundation in 2021.

The CUNY School of Medicine is comprised of the seven-year BS/MD program, as well as one of the nation’s oldest physician assistant programs. The school remains the only public medical school in Manhattan and has integrated a medical education into an undergraduate curriculum.

Creating a new school in a city with 7 other medical schools already establishing programs at the city’s hospitals, made Dr. Friedman and CUNY’s task more difficult. The new school of medicine has been successful in not only providing its medical students clinical experiences in underserved communities in New York City but also preparing a diverse group of highly skilled graduates to enter the workforce both in-state and nationwide.

When you look at data across the country, excluding the Historically Black Colleges and University medical schools, we rank right up there in terms of the highest percent of underrepresented graduates in medicine, and also those that go into primary care. And about two-thirds of our students end up staying in New York State to practice, so we are really hoping to address the healthcare needs of the state of New York. 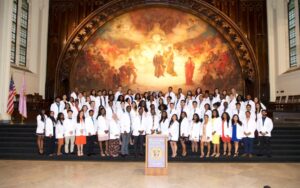 Although most students graduate from the CUNY School of Medicine without large sums of debt, especially when compared with other medical schools in New York and nationwide, the school is always trying to provide more financial assistance and scholarships to its students, which in turn makes medical education more accessible.

The lack of diversity among healthcare practitioners and leadership is one of several root causes behind COVID-19’s disproportionate impact on underserved communities over the past two years.

“These disparities within the medical field are the result of systemic issues related to the lack of diversity in most medical school faculty and leadership, Dr. Friedman said, and unfair recruitment processes, and unsupportive learning environments for underrepresented students.

I think COVID-19 has only brought to the forefront even more the health disparities and the need for a strong relationship between public health providers and primary care providers in helping to support efforts to get patients vaccinated and quarantined and to support health literacy. So we have strengthened our commitment to exposing our students to primary care physicians earlier to serve as mentors and role models and we’ve strengthened our relationships with the city’s public hospitals to demonstrate the need for physicians in underserved communities.

Students are mentored by and work closely with staff at Jacobi Medical Center, North Central Bronx Hospital, and Harlem Hospital Center. Through these experiences, students are provided with invaluable guidance to take with them into their medical careers, especially if they decide to remain in the public health system.

The CUNY School of Medicine will remain an integral part of the medical field’s broader initiatives to address the systemic inequities that it has both suffered from and perpetuated, and the public school’s close connection with Harlem and commitment to providing quality healthcare to all residents is one small step in that process.

It requires support for public health, and it requires recognizing that people’s health issues are not because of their failings, but because of the social structures and policies that prevent them from living healthy lives. We have to hold the medical profession and the other healthcare professions, equally responsible for not doing their part in helping to fix this problem.

Determining the Influence of Race in Medical Education – Marcus Mosley