Mechanical Engineering professor Dr. Masahiro Kawaji serves as the principal investigator of the Partnerships for International Research and Education (PIRE Project) at City College, which studies Multi-Scale, Multi-Phase Phenomena in Complex Fluids. The project is funded by the National Science Foundation.

PIRE started in October 2017 and was set to end in September 2022. An extension was granted a one-year extension until September 2023. The collaboration extends from the City College to institutions in Germany, Norway, and France.

PIRE is comprised of four research thrusts: thrust one focuses on asphaltene adsorption, aggregation, and interfacial effects; thrust two focuses on the formation and control of gas hydrate slurries; thrust three focuses on drilling fluids and mechanisms of particle sedimentation; and thrust four focuses on phase-change-material nanoemulsions for energy transport and storage.

The goal of the $5.2 million project, as explained by Dr. Kawaji, is to both accelerate research, training, and education in multi-phase fluid engineering but also to be able to improve industrial systems on a global scale. 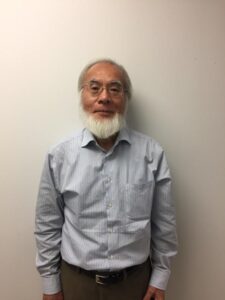 “An important societal outcome of this project is that it would advance and transform key engineering technologies which are of high relevance in the energy industries and an important factor in environmental sustainability,” Dr. Kawaji said.

PIRE works on the engineering side of energy systems to figure out how to help them work better and become more environmentally sustainable.

Dr. Kawaji explained that the project’s research can help with the production and processing of oil and gas, energy conversion and storage, refrigeration, and heating and cooling. One example of this is finding a way to store extra energy in a mixture of paraffin and water that could then be used to heat or cool buildings, rather than wasting that extra energy.

To realize the goals, the project depends on the collaboration of 21 researchers from the three European countries. While the National Science Foundation funds the City College work, the Norwegian Foundation for Scientific & Industrial Research funds the work at the Norwegian University of Science and Technology, and the University of Oslo. In France, the collaborators are coming from the National Polytechnic Institute of Toulouse, the National Research Institute of Science & Technology for Environment & Agriculture, École Nationale Supérieure de Techniques Avancées, and the Laboratoire de Chimie et Physique Quantiques. Researchers from Germany are based in the Karlsruhe Institute of Technology, the University of Hamburg, Ruhr-Universität Bochum, Fraunhofer, and the Leibniz Institut für Polymerforschung Dresden.

Dr. Kawaji stressed how important it has been to the PIRE project to be working with these international collaborators. At first, he explained, they had to find people who were interested in the same thing as his team, but who have slightly different specialties, so they were not all studying exactly the same thing.

“As I mentioned, we share a common interest, but we are complimentary in it because we have our own expertise and they have their own expertise,” he said. “If they’re redundant, there really isn’t much that we can do, but if [our expertise] are complimentary — so, what they are good at really helps us with our research, and we could also, with our expertise, we can help their research — that’s a win, win situation. And that’s what we have.”