The CUNY Institute for Urban Systems (CIUS) uses research, education, and policy advisement to help cities adjust to changes in infrastructure. CIUS aims to use interdisciplinary collaborations to develop and improve ways to address managing and planning infrastructure for New York City. Currently, CIUS is focused on the Rangel Initiative, an initiative to train people to bring the city’s infrastructure into the high-tech age. 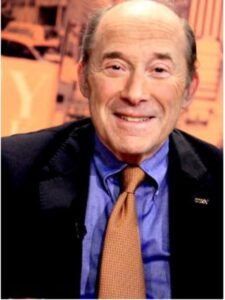 Dr. Robert Paaswell, Distinguished Professor of Civil Engineering serves as the Director of CIUS and conducts research in Urban Planning and Transportation. Paaswell obtained a B.S. and M.S. degree in civil engineering from Columbia University and a Ph.D. from Rutgers University. A seasoned professional, Paaswell has held positions as the Executive Director of the Chicago Transit Authority and the Interim President of the City College of New York in 2009.

CIUS’s goal is to train people at many levels to improve the profile of the city. On one level they work with professionals such as superintendents and leaders of other large organizations, and on another level, they train students to work for energy firms. Paaswell was motivated to start the Institute because he noticed New York City wasted a lot of energy and some individuals with jobs in infrastructure needed retraining to become more energy conscious.

New York has a history of all these old buildings and they’re underperforming in terms of energy.

Paaswell was inspired to create and push the Rangel Initiative, which was named after Congressman Charles Rangel. With Rangel, Paaswell developed a proposal for the program and outlined it in the current infrastructure bill.

To train, we’re working with local community groups and we began working and reaching out to prominent engineering architecture groups.

The program can be beneficial and impactful as it seeks to open up opportunities for underrepresented groups in the energy sector. The philosophy of helping others is something that Paaswell has adopted from people he has worked with and those he has idolized. One such person is the late Mayor of Chicago Harold Washington, the first African American Mayor of Chicago, who had similar goals for the city of Chicago.

CIUS believes their training can supply people with jobs that are less labor-intensive like working remotely, utilizing apps and other high-tech tools. According to Paaswell, this is easier on people because they are more comfortable with using technology than before, which may be a motivating factor. New jobs would include working with databases and solving analytics-based problems.

With the new training that the Initiative is supposed to provide, Paaswell believes CIUS will be training people to fix NYC’s infrastructure to make it more similar to places like Hong Kong and Shanghai. 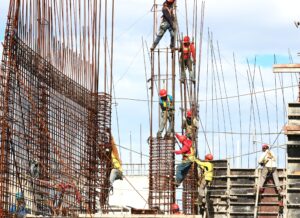 Although most of the research and work from CIUS is done at CCNY, CIUS has partnered with other CUNY schools in the past such as Hunter College, Queens College, and New York City College of Technology.

Several members of the CCNY faculty/staff are responsible for making sure CIUS runs efficiently. Abraham Rodriguez, Norah Sherman, and Michael Bobker are some of the key players. Bobker is the executive director of the Building Performance Lab, which is part of CIUS.

Funding for CIUS comes from many NYC and NYS agencies: the NYC Department of Small Business Services, the NYS Energy Research and Development Authority, and the NYC Department of Citywide Administrative Services. The passing of the infrastructure bill will mean funding for the Rangel Initiative and an expansion of training. “We feel we have more than our hands full and we’re going to employ more people.”