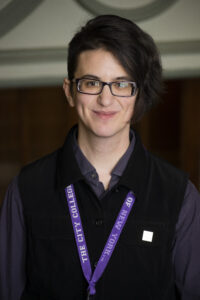 Yaari Felber-Seligman have been awarded for their project entitled: “Crafting New Economies: Inland Trade in Central East Africa, ca. 1st-17th Centuries.” The study will be one of the first  books to detail the pre-seventeenth century history of Rufiji Ruvuma societies of Eastern Africa.

Having noticed that the vast majority of the studies about African History focus on the last two centuries and coastal Africans, Felber-Seligman aimed to shed light on precolonial Rufiji Ruvuma societies to present an inland history around regular people’ material cultural desires. The study intends to reveal how small-scale societies can make a huge impact on cultural and trade patterns. 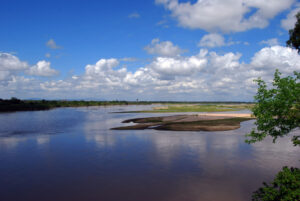 “Many historic African cultures had detailed writing systems, innovative alphabets, grammars,” noted Felber-Seligman.  “Yet, according to available sources, it doesn’t appear that Rufiji Ruvuma had written traditions. And we don’t have any surviving accounts of people who traveled through that region or Africans living on the coast to write about it before the 16th century.”

Felber-Seligman’s study reveals not only how Rufuji Ruvuma traded with outsiders but what trade meant to them. The study provides trade patterns that challenge the popular notion that Africa was pulled into the global economy.

The study has been funded by the NEH and will be published as a book. Felber-Seligman have been working on the final stages of the revisions. 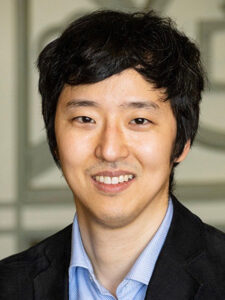 Previous scholars have focused on the two-way relations between Japan and Taiwan, Japan and China, or China and Taiwan, and most use either Japanese or Chinese sources. Shirane aims to use both Japanese and Chinese sources to present multiple perspectives to understand Taiwan’s intermediary role in Sino-Japanese relations. As a Japanese-American, Shirane studied and worked in Japan, China, and Taiwan for several years to develop this new approach.

Shirane collected government documents, public and private publications, and oral histories, from Japan, China, Taiwan, Britain, and the U.S.  Using multiple language sources enables Shirane to overcome the challenge of the nationalist frameworks that tend to favor either Japan or China. Shirane also noted that comparing different sources among Japanese government agencies helped him to understand the tensions within the empire.

“Each government service—from the Army, Navy, and Foreign Ministry to the colonial governments—had their own interests that often led to rivalries among Japanese leaders,” said Shirane.  “We can’t say that the Japanese Empire was monolithic with uniform interests. We know that the Army favored northern continental expansion and the Navy favored southern maritime expansion, but the case of colonial Taiwan shows that the colonial government also cooperated and competed with the military services in directing Japan’s advance toward South China and Southeast Asia.” 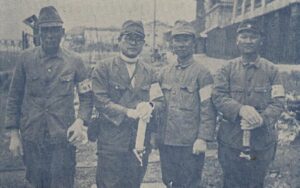 The study aims to recognize the importance of both Japanese government institutions and ordinary Taiwanese subjects in Japan’s southern expansion. Drawing on postwar Taiwanese oral histories and memoirs has allowed Shirane to incorporate biographical stories usually left out of official histories. They help illuminate the broad range of collaboration and tensions between Japanese, Taiwanese, and Chinese individuals on the ground of Japan’s southern empire.

Shirane’s study has been funded by the NEH and Japan-U.S. Friendship Commission Fellowship for Advanced Social Science Research and will be published as a book by Cornell University Press in 2022.

Reimagining the Humanities and Arts in the 21st-Century – Erec R. Koch

Using an Interdisciplinary and Multi-level Approach to Nip...

Developing Interventions For Harlem And A Worsening Opioid...

Reimagining the Humanities and Arts in the 21st-Century...