Reimagining the Humanities and Arts in the 21st-Century – Erec R. Koch

The Division of Humanities and the Arts has been awarded grants by the American Council of Learned Societies (ACLS) and Andrew W. Mellon Foundation for its efforts to reimagine the 21st-century humanities. These grants will further the Division’s commitment to increase diversity and develop a humanities curriculum appropriate to the century.

Humanities and the Arts has been awarded by ACLS a Postdoctoral Partnership Initiative award to increase the diversity of humanities faculty and extend the humanities curriculum further to the study of underrepresented groups. 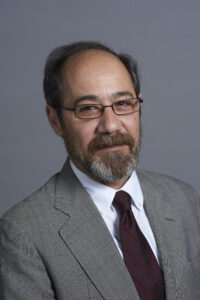 “This grant allows us to further our commitment to diversity, not only in the ranks of our faculty but also in the curriculum; it helps to ensure that underrepresented groups continue to come into focus in our teaching.”

As a part of the grant, CCNY has selected Dr. Alexandra Stern as PPI postdoctoral fellow. Stern specializes in 19th century U.S. and Native American history and investigates the intertwined remaking of U.S. and Indigenous sovereignties after the Civil War.

“Dr. Stern will contribute to enriching history’s general education, major, and graduate courses in US history by the greater inclusion of Native American history” said Koch. “We all trust that her critical voice will be an important one in scholarly debates within her home department and within College.”

The Andrew W. Mellon Foundation Planning Grant has supported Humanities and the Art’s efforts to engage in a sustained conversation to create a 21st-century humanities curriculum. Koch noted that they are engaging in a long-term conversation with their faculty to design new programs to innovate humanities education and foster research.

“It’s a response to a concern about the future of humanities in American colleges and universities,” said Koch. “I’m optimistic about that future: in the humanities we study the “human” in human experience, and that’s a matter that is still very pertinent to the education of our students.”

As a part of the project, Humanities and the Arts has developed three interdisciplinary working groups that explore three central themes: cultural and linguistic diversity, cultural resources and institutions, and science and technology. The working groups will engage in a collaborative discussion on important issues regarding the future of humanities education.“The working groups are trying to address some really compelling questions as we consider what 21st-century humanities education will look like,” said Koch.

Their charge was to plan a course of exploration and experimentation that was best suited to its area and that would enable it, ultimately, to recommend programmatic developments. Such exploration could include: bringing speakers from other institutions to campus; engaging in site visits to other colleges and universities; engaging with leaders and officers of cultural institutions in order to evaluate the possibility of partnerships; exploring collaborations with colleagues in other schools and divisions of CCNY.

A final report that contains a plan for curricular and co-curricular initiatives in the humanities under the aegis of “Humanities of and for the City.”

“How do we leverage the presence of so many cultural institutions as part of the education of our students? What modes of hands-on and experiential learning can we offer them? We are not just thinking about “field trips” to those institutions but also about engaging students in questions about the socio-economic, historical, and ideological forces that are involved in creating, for example, an art collection. We will explore what a multi-linguistic city like NYC can tell us about multiculturalism. “

Koch added that he is excited about creating interdisciplinary partnerships within these working groups. “Those partnerships we hope will be one of the exciting outcomes of the initiative,” said Koch. “We’re excited about building bridges, and I think all faculty are eager to expand their academic community.”

A Correlation Found Between Rapid Change In Human...