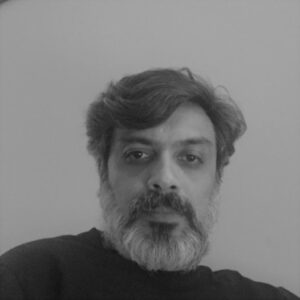 Dr. Vinod Menon and his team at The City College of New York, in collaboration with the University of Texas at Austin, have recently created a new magnetic quasiparticle.

Dr. Vinod Menon is a Physics Professor at CCNY who specializes in photonics, quantum technologies, and nano and micro photonics. He leads the Laboratory for Nano and Micro Photonics (LaNMP) at CCNY, where he leads research on ways to control light-matter interactions at nanoscopic scales. Menon’s work has received funding from the National Science Foundation, the Department of Energy Office of Basic Energy Sciences, and The United States Army Research Laboratory.

Dr. Menon studies ways to manipulate how light interacts with nanoscale physical materials. We’ve learned that by manipulating the interactions between light and certain physical materials, scientists can create quasiparticles. Quasiparticles are not real particles but are instead artificially made in a system and, while they exist, exhibit the properties of both light and matter.

The formation of quasiparticles depends on compatible vibrations. Molecules, just like everything else, vibrate. The vibrations of particles in a system, like an atom, are called collective excitations. Atoms in a system can produce electronic excitations, or excitons, which come from the atom’s electrons.

Excitons have their own vibration frequencies. In lab settings, excitons can be introduced to parts of electromagnetic waves produced by a photon, a particle representing a quantum of light. If the two have strong resonance when placed in a system between reflections created by special mirrors, they can combine.

“So we make the light talk to the matter. And for some finite amount of time, they are talking so much they become a single entity – and this quasi-particle is what’s called a polariton.” 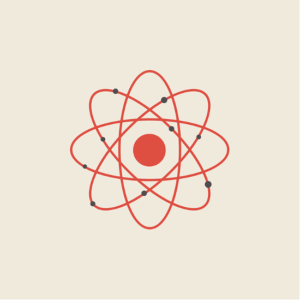 Polaritons combine the best attributes of photons and electrons – like electrons, they can be manipulated on demand, and, like photons, they can carry information across long distances.

Polaritons have been created and utilized in experiments since 1992. For all the innovations in the field, however, one avenue has been left conspicuously unexplored – magnetism. Excitons from magnetic sources exist, but these magnetic excitons, called magnons, exist at low frequencies and do not ‘talk’ well with photons, which exist at different frequencies. Because the vibrations are different, they typically would not be able to fuse and make quasiparticle polaritons.

For the experiment, Dr. Menon collaborated with Edoardo Baldini and Allan MacDonald’s group, which was from the University of Texas Austin. Dr. Menon’s lab work was led by post-doctoral student Florian Dirnberger.

At the moment, quasiparticles are not being widely implemented in many industries, but the particles do show promise in several fields. Polaritons, as well as the magnetic quasiparticles developed by Dr. Menon’s team, have potential in conventional and quantum computing. They could increase computation speeds and provide alternatives to electronic computing – computing with physical systems, for example. Quasiparticles could also be used to make more effective solar panels. 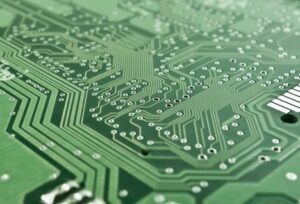 “Now experimentally there is the question if we can do this, the idea whether one can engineer materials or modify properties of materials just by the fact that this material is now placed between two mirrors?”