Dr. Joseph Berechman specializes in transportation economics. In recent years his studies are on the economic impact of infrastructure development. Within this research, Berechman has examined the rationality of infrastructure projects with the view of helping decision-makers understand the effects of economic factors on the consequences of proposed projects and how to measure these effects. 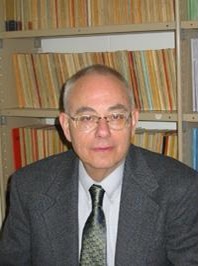 Among other research projects, he was a principal investigator in studies done for the European Union (EU) and other countries worldwide. Prior to coming to CCNY, he was the CN Chair Professor in Transportation and International Logistics at the Sauder School of Business at the University of British Columbia. Along with teaching and projects, and tens of highly cited articles in scholarly journals,  Berechman has written a number of books on the subject. 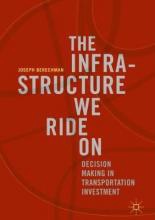 The Infrastructure We Ride On: Decision Making in Transportation Investment, Berechman’s most recent book, published in 2018, explains why large-scale infrastructure projects fail. Throughout the book, he assesses economic and institutional factors, such as cost overruns, project delays of time management, the number of jurisdictions and public organizations involved, and their interests. These are identified as common main causes of potential failure and include well-known huge cost overruns, inability to complete the project on time, or not being completed as originally planned. Among others, Berechman says:

Whether it is the MTA, the city government or the state government, they all look into the projects because they all think to be participants in them. Each one wants to use the project for their benefit and as a result, nothing has been done.

In his book The Evaluation of Transportation Investment Projects, which was published in 2009, Berechman uses formal models to evaluate and measure the effects of transportation infrastructure on economic development. This allows Berechman to see if the resources allocated to a project are worth it.

Most recently, Berechmn has applied these techniques to examine the new $1.2 trillion infrastructure bill that was signed into law by President Joe Biden in November. For instance, one of the components of infrastructure projects that Berechman highlights as important is the need for detailed planning. Both the United States and other countries suffer from the same problem of properly defining and detailing projects.

Except for the headlines, what is the main point? I can say airports, ports, highways and so on, but these are just words. Which specific airports or highways? How long will it take? I expect significant waste when projects are not properly defined, and properly executed.

As in his other research writings, Berechman touches on the politics of the infrastructure projects and their commonly raised employment prospective. In addition to properly defining a project, proponents of the project usually use the slogan of “job creation” rather than emphasizing the costs and benefits of that project.  Again, detailed projections and how to achieve them are usually lacking.

I have yet to see a project where next to its  name, the relevant detailed economic benefits and costs are presented to the public.

Finally, Berechman’s most recent work highlights the importance of maintenance for the success of a project’s benefits. He emphasizes that even with large budgets being allocated to constructing any single infrastructure project, in times of budget decline these are the maintenance costs that are the first area where money is cut.

In America, we have over 600,000 bridges, out of which about 20% have been shut down for being unsafe, primarily because of insufficient maintenance.

To explore the consequences of poor maintenance and lower maintenance costs on projects, Berechman recently conducted a study with a colleague from CCNY on how to prioritize maintenance activities and figure out what should be maintained first.

There is no book which will tell you what to include and not to include. It depends on ingenuity and very delicate data collection.

Berechman raises his own funding for his research. Generally, his funding comes from agencies or external resources.