Dr. Luisa Valle, a June 2022 graduate of the CUNY Graduate Center, completed her doctoral degree in Art History, focusing on Latin American art and architectural history. Valle is particularly interested in the colonial and modern spatial history of the Americas. In her dissertation,  Dr. Valle proposes that scholars of modern Brazilian architecture should consider both informal and formal urban landscapes. Valle tackles this issue by investigating nineteenth- and twentieth-century landscapes not typically included in Rio de Janeiro’s architectural history, such as cortiços, the Favela Hill, and the Castelo Hill, and considers them comparatively with the iconic Ministry of Education and Public Health building. 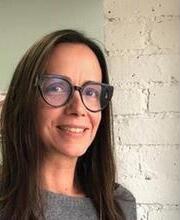 Modernism, an art movement that began in the late 19th century, is generally characterized by a rejection of tradition. However, this perspective does not usually encompass the building and cultural practices of non-white populations. In Rio de Janeiro, as in much of Latin America, Eurocentric architects, planners, and urban reformers considered informal landscapes as “degenerate,” “delayed,” or “other.” Valle argues that an emphasis on built environments based on European cultural models (associated with whiteness) doesn’t give a complete and accurate view of Brazilian modernism.

By placing self-built, high-density urban housing inhabited predominantly by people of color next to the iconic modernist architecture of Rio, Valle argues that,

the modern [Brazilian] city is as much the product of the goals and aspirations of the people who produced informal landscapes–mainly Afro-Brazilian and immigrant populations–as the Corbusian modernism that Brazilian architecture is known for.

Prior to pursuing her doctoral in Art History and Architecture, she worked as a journalist. Inspired by her father, who was also a journalist, Valle got an internship at MTV News after graduating high school and, soon after, was hired as a news producer for a television network. But Valle still felt compelled to explore her passion for the history of art, architecture, and cities. She earned a B.A. in Art History from the University of Maryland, an M.A. from the City College of New York, and M. Phil. and  Ph. D. degrees from the CUNY Graduate Center.

Dr. Valle is the recipient of Harvard University’s Afro-Latin American Research Institute (ALARI) Dissertation Fellowship,  a Graduate Center Dissertation Year Fellowship, and a Hunter College Graduate Teaching Fellowship. These fellowships were instrumental in helping her complete her doctoral studies. At CCNY, she served as an adjunct faculty member at the Spitzer School of Architecture.

Valle’s research disrupts the canonical histories of Latin American modernist architecture. She challenges why we follow the colonial parameters based on European definitions of modernism. 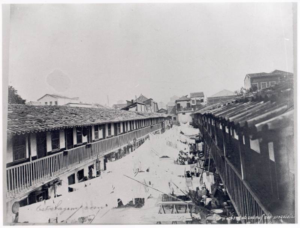 The history of early modern art and architecture in Europe began with the Renaissance. Yet, the invasion of the Americas (colonization and slavery) enabled the modernization and industrialization of European urban centers, so why don’t we look at the built landscape of the Americas from the perspective of those who were killed, displaced, or enslaved to develop it?

When examining the history of modern architecture in Brazil, Valle turned her attention to the religion, rituals, dances, music, and cultural practices that have influenced the development of communities of color. These intentions mean that informal landscapes and modernism can mean one thing to a person of color and something else to a person with a colonialist perspective.

There is an enormous part of the architectural history of Brazil missing. Most of the Africans taken by Europeans to the Americas came to Brazil. If the West received enslaved people, Brazil received three times as many. 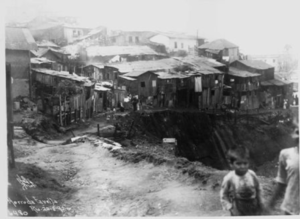 Valle argues that one reason Brazilian art and architecture routinely ignore the contributions of minorities can be attributed to the official project of “whitening” the Brazilian population, which marginalized non-white/non-European people and any epistemology alternative to Eurocentric thinking. The official architecture of Brazil emulated European models. This created a situation where architecture thought of, designed by, produced by, and lived in by minority groups, such as Afro-descended Brazilians and immigrants, is seen as disconnected from the space of modern Brazilian cities. Yet, Valle argues, these landscapes are essential to the development of modern Latin American cities.

Currently, Dr. Valle is working on a book proposal related to her dissertation and is looking forward to teaching at a public university. She would like to share the knowledge of art history that she’s learned.