The Benjamin Levich Institute for Physico-Chemical Hydrodynamics, founded in 1979, is known for being an interdisciplinary research center that does research at the intersection of physical chemistry and fluid mechanics, in areas such as the flow of complex fluids. Complex fluids are typically mixtures and can be liquid or solid depending on how you handle them, with mayonnaise being a commonly-known example. “Sometimes things that don’t flow can be made to flow if you push them hard enough,” says Dr. Jeffrey Morris, Professor of Chemical Engineering (ChE), who has been Director of the Levich Institute since 2016. 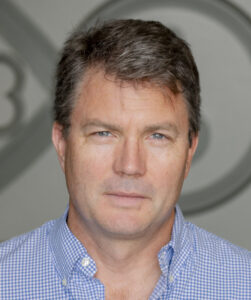 Recent work at the Levich Institute includes the study of the role of friction in flows of complex fluids relevant to material science and food processing, particle manipulation for diagnostic tools, novel methods for oil-water separation, packing of cells relevant to the behavior of body tissues, and applications of machine learning. Network science is an emerging area of work in the Institute, in projects ranging from chocolate processing to brain function.

There are many areas where the ideas we work on are applied. The general topic of trying to understand networks is found in a number of these areas.

While the focus is on fundamental science, the Institute’s work helps to understand phenomena found in everyday life. One example is the science behind droplets, which increase our understanding of aerosols and by extension, the coronavirus, although no direct work on the COVID-19 transmission is currently being done.

Much of the research at Levich is done in departments in the Science Division and the Grove School of Engineering at CCNY, with many other universities in the U.S. and abroad, industrial and national lab collaborators. Many of the Institute’s collaborations are external to CUNY.

We currently have a major collaboration with universities and national labs in France, Germany, and Norway.

Once you get exposure to research as an undergrad, you can make a decision on the question – is this right for me? Someone has a chance to work on their own problem and get excited about it.

Postdoctoral students also have an opportunity to work at the institute and are typically placed in two-to-three-year positions with possibilities of independent explorations.

Funding for the Levich Institute is divided between student stipends, faculty salaries, equipment, the research itself, and everything else in between. The bulk of the Institute’s funding goes to students because the institute wants to ensure they are enriching the experience and education of the students who are going to take on the jobs of people currently in the engineering and physics spaces.

Morris hopes to move the Levich Institute forward in two directions. The first is toward the development of material science and the second towards machine learning and bringing new people in that have complementary skills or research to the areas where the Institute has expertise.

Science and Technology to Sustain the Earth – CUNY CREST Institute