The National Oceanic and Atmospheric Administration Center for Earth System Sciences and Remote Sensing Technologies (NOAA CESSRST) is a cooperative center funded by the NOAA Education Partnership Program with Minority-Serving Institutions that facilitates research to improve the health and protection of the environment and train a future diverse workforce of engineers and scientists in NOAA mission areas.

The consortium includes scientists and engineers from CCNY and other CUNY campuses, along with researchers from five other universities nationwide. Research conducted by the center is divided into three areas of focus: coastal resiliency, atmospheric hazards, and ecosystem services, and water availability. Scientists and engineers across the partner institutions form teams to tackle projects within these areas of research, dividing the several tasks within a project’s framework among them.

In the area of coastal resiliency, research involves a wide scope of endeavors, ranging from the analysis of coastal erosion and delineation of Alaskan coastlines to examining mangroves and coral reefs in the tropics.

“The main focus there has been looking at coastal waters primarily, and coastal communities and the interaction of land and sea, and atmosphere in these regions,” said Dr. Fred Moshary, Director of NOAA CESSRST and Professor of Electrical Engineering at CCNY.

From arctic all the way down to tropics, there are different researchers that look at this and the changes we’re observing in the coastal regions and how that’s impacting the coastal communities. 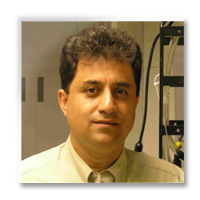 Studying the changes in water quality in arctic to tropical coastal regions allows the center to learn more about the health of the coasts, which are vital to local economies that rely on recreation, fishing, and seafood harvesting.

Moreover, NOAA CESSRST conducts research on atmospheric hazards, including extreme weather events like heatwaves and storms, which are both increasing in frequency and severity. Their effort consists of creating atmosphere models to develop a greater understanding of storms and heatwaves. Poor air quality, as a result of widespread pollution, factors into these trends, which is an area of research Dr. Moshary is heavily involved in.

Moshary’s work involves the incorporation of remote sensing technologies to gather more accurate data on pollution distributed throughout the atmosphere. This technology is a shift from the traditional method of atmospheric observations that involves gathering pollution concentrations, temperature, humidity, and wind data from the ground and estimating pollution levels from this.

“The weather and air problem is a four-dimensional problem, which is time and three dimensions of space. It is important to get as much information in the entire domain and not just at a particular point in space, which is the traditional way of making observations,” according to Dr. Moshary.

We’re focused on looking at satellite observations and combining that with ground-based remote sensing observations that probe the atmosphere at different points remotely so that we get a better, four-dimensional picture of in space and time.

NOAA CESSRST researchers also focus on ecosystem services and water availability, which ties into the center’s other areas of research to aid them in gaining a greater understanding of the environment and its relation to society.

“Water availability is a major piece of ecosystem services, but it goes beyond that and essentially has to do with human and natural environment interactions and observing and understanding these interactions over time, so it’s extremely tied to questions of climate change and impacts on things like droughts and floods and atmosphere, land and ocean and exchanges and interactions,” Dr. Moshary said.

NOAA CESSRST also hosts a “cross-cutting” team, which consists of a group of social scientists that study the socio-economic implications of the center’s research across all three areas of focus.

The center’s primary source of funding is through the NOAA Educational Partnership program, a grant designed to cultivate the next generation of scientists and engineers through research opportunities. As a result, one of the center’s primary goals is research training for students, with an emphasis on diversity and inclusion.

At NOAA CESSRST, the students, ranging from undergraduates to doctoral students, are trained by working on all the center’s projects. While the doctoral students are inspiring innovation and leading new directions, undergraduate researchers gain new skills and are introduced to problems the center aspires to solve. At all levels, they contribute to the research outcomes.

While NOAA CESSRST conducts cutting-edge research across all the campuses within the consortium, it is training the next generation of scientists and engineers, to tackle some of the largest scientific issues on the horizon, with a goal of increasing participation from under-represented groups.

This is a workforce that the nation is going to need more and more to confront some of these issues our research covers, from water to air to oceans and the way they’re changing.

Advancing the Sciences Through Photonic, Laser, and Optic Technologies – CUNY Institute for Ultrafast Spectroscopy and Lasers