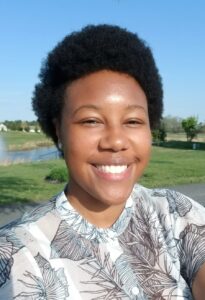 Dr. Equisha Glenn is a consultant with expertise in large-scale climate changes and extreme weather analysis, specifically extreme heat and flooding in urban environments. She specializes in quantifying climate change impacts and developing mitigation strategies, using remote sensing science and geographic information systems. Dr. Glenn holds a Ph.D. in Civil and Environmental Engineering from the City College of New York (CCNY) and her thesis focused on a new framework for detecting and classifying large-scale floods to inform flood forecasting.

Dr. Glenn has worked in cross-collaborative environments to manage and contribute to high-impact research initiatives with local, city, and federal government agencies throughout her academic and professional career including the NYC Mayor’s Office of Resiliency and the National Aeronautics and Space Administration (NASA). Additionally, she has worked closely with the National Oceanic and Atmospheric Administration (NOAA) for 10+ years as an undergraduate, master’s, and Ph.D. fellow through their fellowship program while attending the City College of New York. Her contributions to quantifying regional-specific climate risks have led to multiple, peer-reviewed publications on large-scale climate changes and their impacts on cities.

On a new framework for detecting, classifying, and forecasting floods for large-scale flood risk analysis

Increasing trends in flooding events are projected to continue as climate changes have increased the chance of extreme weather events. Given the significant, damaging impacts of extreme floods, the ability to effectively model floods is crucial for risk management and mitigation of the impacts of these extreme flooding events. This dissertation presents a new framework for detecting and predicting large-scale flood risk in the United States using climate information. This methodology categorizes regional, simultaneous floods into an index that is used to forecast the risk of extreme flooding a season ahead. The index proposed herein named the Spatial Flood Index (SFI), can be applied at the regional hydrologic unit level, yet produces forecasts for local stream gage stations.

To demonstrate the application of the SFI and its forecast capabilities, extreme flood events in the Northeastern U.S. are presented as a case study. Historical streamflow data was collected for the years 1955 – 2017 for 55 stations from the U.S. Geological Survey for the Hydrological Unit Code 2 (HUC2) region. Floods are classified as days when a station’s streamflow exceeds the 99th percentile of flow rates that were measured during this period. For HUC2, the SFIs were determined to be days with simultaneous floods in more than 3 stations during the same 1955 – 2017 period. Results show that HUC2 experienced 1,935 SFI events with a dominant season of January – May (JFMAM).

Using field correlation analysis, the El Nino-Southern Oscillation (ENSO), Pacific Decadal Oscillation (PDO) region, and northeastern Caribbean sea-surface temperatures (SSTs) were identified to have a statistically significant correlation up to 1 season ahead (data from October, November, December) with SFIs. Hence, these pre-season climate predictors were used to forecast the number of SFIs in JFMAM. Preliminary modeling using a nonparametric k-nearest neighbor (k-NN) approach reveals promising results with good predictive abilities in a real-time forecasting model. These forecasts can then be used for quantifying the spatial extent and risks to prepare for water management and emergency services ahead of the season

The SFI shows potential to be used to forecast largescale floods a season ahead when informed by climate information.

Congratulations to the 2021-22 Doctoral Graduates