Linda Villarosa is a seasoned and accomplished journalist, novelist, educator, author, and editor. Early in her career, she expressed interest in environmental racism, and it has bled into her motivation for covering communities of color who are impacted by changes in the climate and environment. 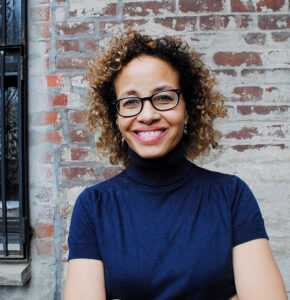 Her passion for holding people accountable for polluting the environment and highlighting disparities in health for Black people are prominent in her work. These motifs are reinforced in her books and articles and promote awareness of longstanding injustices in American society that are still felt today.

Villarosa has a joint appointment with The City College and the Craig Newmark Graduate School of Journalism at the City University of New York (CUNY), teaching one semester at each school. At CUNY’s Journalism School, she is a Journalist in Residence and an Associate Professor, while at CCNY, she teaches Introduction to Journalism and Reporting and Writing.

Villarosa graduated from the University of Colorado, with a B.A. in Journalism, received her master’s degree in Journalism from Craig Newmark, and attended the Harvard T.H. Chan School of Public Health as a Communications Fellow. 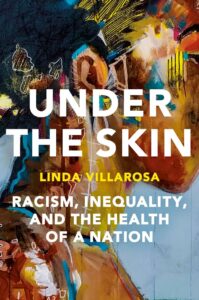 Throughout her career, she has managed to work on and edit health coverage for the New York Times, become executive editor of Essence Magazine, and write or co-author three books, including Body & Soul: The Black Women’s Guide to Physical Health and Emotional Well-Being and her only novel, Passing for Black. In June, Under the Skin: Racism, Inequality and the Health of a Nation, Villarosa’s newest book, will be published. In addition, she has amassed awards for her work.

Villarosa has been particularly inspired by the Black-led environmental justice movement, which began in earnest in the 1980s.  It started because Black Americans realized they were affected most by injustice and environmental devastation by the pollution of companies, so they fought back.

Specifically, her passion to write about this topic came from a story she was working on for Essence magazine in the 1990s about a community in Louisiana that was founded by the descendants of enslaved people and located close to a refinery. The residents believed it was making them sick, but it was hard to directly correlate the pollution to the health effects on people. In the end, the community was relocated.

It was sad. These were people’s homes that their ancestors had created and then in comes this company to pollute them and make them ill, so they have to leave.

The coverage of environmental injustice has improved thanks to writers like Villarosa who include a human-interest component in their work. Interest has grown in this issue, thanks to climate change that disproportionately affects people of color.

Journalists who were doing this, like me, were told: “You’re being too activist, you have to remember you’re a journalist or maybe you shouldn’t cover some of these issues that have to do with Black things because you’re biased.

In her article, “The Refinery Next Door,” Villarosa was interested in writing about why children have high rates of asthma in Philadelphia. However, when she noticed that healthcare workers were focusing on changing the individual habits of parents, rather than acknowledging that the refinery in the neighborhood was making the children sick, she shifted her story’s focus.

Black children are much more likely to have asthma and I thought, is this only related to poverty? That’s unfair but it’s not shocking. It was related not to a community being poor per se, but where it was located. 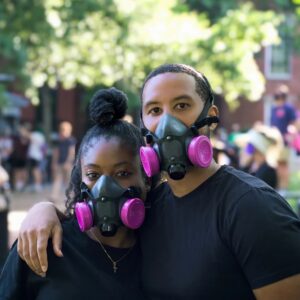 The story also took note that the community had been red-lined, beginning in the 1930s, which affected both housing and health outcomes.

Villarosa starts all her stories focusing on data. Since the pandemic, she has covered how COVID-19 has disproportionately affected Black communities. This method of thinking has trickled down to her wanting to prove that racial health disparities matter.

I have heard Black people say, “mainstream media is never going to cover this. They just want us to die,” and I said, if this is what people think, I work at a mainstream media outlet, so I need to do something.