Professors of Mechanical Engineering Jing Fan and Charles Maldarelli of Chemical Engineering received an award of $400,000 from the National Science Foundation to conduct research at the International Space Station to answer questions about foams and emulsions. 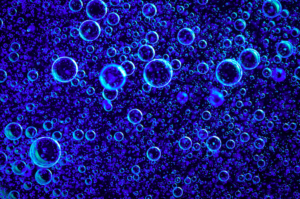 Their research is expected to run until the end of 2023 and will focus on the behaviors of bubble or droplet dispersions in a microgravity environment.

The goal of this study is twofold. The first part is to look at the structure of monodisperse foams and emulsions at the dry limit. The second is to understand how nanoparticles — especially those with rough surfaces — could help improve the stability of foams and emulsions.

Fan and Maldarelli decided to collaborate on this project to combine their expertise, and interest in foams and emulsions and the research they had previously conducted. Some of Fan’s interests include soft materials and their biomedical and environmental applications multiphase flow in porous media, and transport phenomena in biological tissues. Maldarelli’s interests lie in the adsorption of surfactants at fluid interfaces, colloidal hydrodynamics and microfluidic phenomena.

Two Ph.D. students from the mechanical and chemical engineering departments at City College are also involved with the research.

The team of four works in close collaboration with Leidos, an engineering company that provides science and engineering systems integration and technical services whose work is funded by NASA. As the implementation partner, Leidos’ work supports and facilitates the translation of ground-based research to flight experiments.

“For example, they develop the 3D-printed assemblies that secure microfluidic chips and other pieces in place and compose experiment procedure manual for the crew,” Fan said. 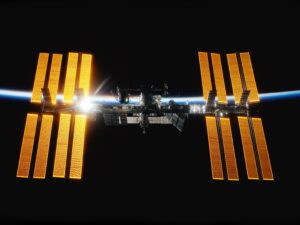 Despite being conducted in space, the experiments would provide results that can be implemented on Earth and have an impact on our everyday life. Foams and emulsions are present in many industries and in popular products of daily life, such as shaving creams, cosmetics, detergents, salad dressings, and even ice creams.

By studying the bubbles and droplets with a uniform size, the research could bring valuable information about how to optimize such products.

“This project studies the structures and the stabilization of foams and emulsions, which can help us better understand these dispersions and also eventually help us design better products.”

If successful, the research may also provide insight into Kelvin’s conjecture, named after British physicist Lord Kelvin who asked in 1894 how to partition a space into equal volumes with the minimum area.

“The microgravity study can potentially answer this long-term problem from an experimental point of view,” Fan said. “So, if it’s successful, it will help us understand such an old and difficult problem.”

Lylia Saurel is a writer for the RICC and recent graduate from Baruch College, where she was awarded Institutional Investor in Journalism. She holds an AA in Writing and Literature and a BA in Journalism and Intercultural communications. She is a former reporter for Dollars & Sense and copy editor for The Ticker. Her work has appeared in The Ticker, D&S Magazine, Daily Planet online edition and others. In addition to written journalism, she enjoys photojournalism and the visual arts.