HCR is an annual list of researchers who rank in the top 0.1% of their primary field of study for the number of citations of their key papers, and it is created by Web of Science parent organization Clarivate. The list ranks based on the combined total citations received for highly cited papers published in the past 10 years. 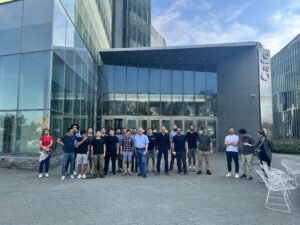 Professor Alù with his lab, which includes students.

This year’s list includes about 6,600 professionals across 21 fields. Four of them are affiliated with CUNY schools — the three CCNY researchers and John Jay College psychology professor Cathy Spatz Widom. These researchers’ papers include collaborations with CUNY graduate and undergraduate students, emphasizing the university’s dual roles in research and training the diverse workforce of tomorrow.

“It is increasingly important for nations and institutions to recognize and support the exceptional researchers who are driving the expansion of the world’s knowledge,” Clarivate Institute for Scientific Information senior citation analyst David Pendlebury said in a statement. “This list identifies and celebrates exceptional individual researchers at The City College of New York who are having a significant impact on the research community as evidenced by the rate at which their work is being cited by their peers. The research they have contributed is fueling the innovation, sustainability, health, and security that is key for our society’s future.”

The goal of the HCR list is to compile a collection of the most highly cited researchers, both as a distinction for them and as a way to identify the top professionals in each field.

The raw number of citations that every paper receives can vary significantly based on the research field, but it is a testimony that the published research is relevant and used by others, Alù said in an interview with The RICC. Many people don’t reach high citation numbers until later in their careers, which makes him relatively young to be considered an HCR at the age of 44. He has been an HCR for six consecutive years in the field of physics. 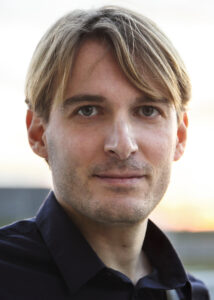 “Personally, I am grateful to receive this recognition and to receive a good number of citations for my group’s research year after year — it is a testimony to the relevance and excitement around our published research results. I want to stress however that we shouldn’t just look at citation numbers to judge the quality of research activities,” Alù said. “Personally, I hope that our science is evaluated not just based on these numbers, but because people read our papers and are excited by our results.”

Citations are just one way to evaluate the impact of researchers, but numbers aren’t everything, Alù said. Just because a researcher doesn’t make the HCR list does not mean they don’t do excellent research work; these numbers just make it easier to quantify the research’s impact and reach, but there is a risk that they become a shortcut, as the evaluation of the quality of research can be complex.

Anderson echoed this sentiment. He has been on the HCR list for four consecutive years in the field of Environment and Ecology but emphasized that his work is done collaboratively with others from CCNY and beyond.

“It’s also recognition of our biodiversity group on campus,” Anderson said. “Our lab is part of this interdisciplinary group of other faculty and labs studying the ecology, evolution, and geography of life on Earth, and we wouldn’t be successful if we didn’t have these other people to interact with.”

The two scientists acknowledge that it is great for researchers to be recognized for their work and to be consistently present on such a selective list, especially for scientists who work for public universities like CUNY with a mission of serving society at a broad level.

“It’s great that we have three people from CCNY on the list,” Alù said. “For those who do not know the institution, CUNY oftentimes may not be collectively seen as a university with many top scientists — and it is clear from recognitions like this one that we do have top science carried on in many laboratories across CCNY and CUNY. We collectively do amazing science, and the message that we should send is that CUNY is a place where top science happens.”

The list does not just bring more awareness to the work that CUNY faculty do; it also brings more attention to the research work of CUNY students, so many of whom come from backgrounds underrepresented in U.S. science.

“It’s exciting,” Anderson said. “It also is gratifying to see that many of these are collaborations with students in my lab.”

Professor Anderson with coworkers and two of his students doing fieldwork in Mexico.

Anderson studies biodiversity and biogeography, including machine-learning approaches to model the geographic distributions of species in the wild based on climate, soils, and biotic interactions. His research has applications in conservation biology, agriculture and health, as well the umbrella issue of climate change impacts.

Khanikaev studies electrical engineering, specifically electromagnetics, optics, photonics and condensed matter physics. He was unavailable for an interview as of press time due to being abroad.

Amanda is a student at the CUNY Graduate School of Journalism, where she’s studying health & science reporting. She graduated from Baruch College in May 2022, where she double majored in journalism & creative writing and political science and double minored in environmental sustainability and communication studies. She has been published in BORO Magazine, Bklyner, The Canarsie Courier, PoliticsNY, Gotham Gazette, Bushwick Daily, DCReport, News-O-Matic, The Queens Daily Eagle, Tower Times, The Ticker, and Dollars & Sense Magazine.