Professor of Molecular Neurobiology at the CUNY School of Medicine, Dr. Itzhak Mano is researching several topics related to the accumulation of glutamate, an amino acid that is the main signaling molecule for communication within the nervous system, in addition to neurodegeneration when the glutamate removal process is disrupted.

As a child, Dr. Itzhak Mano thought of becoming a doctor, interested in human diseases. However, later in life, he realized that he was interested in understanding molecular mechanisms that trigger diseases. This includes stroke, a leading cause of death, and a medical condition that minorities are at higher risk of developing.

As a sickly child I was intrigued by medicine early on. But as a son of an auto-mechanic, I also had the constant fascination and urge to focus on understanding the mechanisms of how things (in this case – diseases) work. 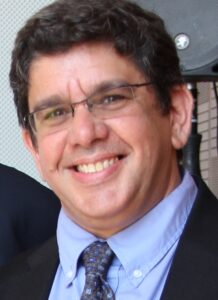 However, Dr. Mano does not conduct research on mammal brains, instead choosing to utilize the microscopic nematode C. elegans. There are advantages when working with these worms compared to other mammals. For one, it is a simple animal with 302 individually named and identifiable nerve cells with knowledge of how each is connected to the other. C. elegans are also transparent, providing researchers the opportunity to observe changes to the nervous system in real-time without requiring surgery or slicing tissue.

The first topic the Mano lab investigates is glutamate transporters, the proteins that remove signaling molecules from the nervous system, analogous to vacuum cleaners. It was presumed that these vacuum cleaners were most efficient when responding to nearby neurons. However, the lab found that some worked better from a distance, eventually showing that in some cases the distant vacuum cleaners are more important than those nearby. The second is following pathways that lead to excessive glutamate and cause neuronal cell death, which occurs during stroke-like conditions.

Lastly are neuronal defensive mechanisms that are turned on when neurons are exposed to excessive glutamate signaling. This is triggered during a stroke in humans when disruption of blood supply to the brain causes it to not have enough energy to power the vacuum cleaners, leading glutamate to accumulation. While this cannot be replicated precisely in the same manner with C. elegans, the lab utilizes strains of worms where the vacuum cleaners are compromised and the nerves are hyper-stimulated, leading to a similar effect. As the nervous system suffers damage it also protects itself by changing the repertoire of genes. “The nerves that die are those that didn’t manage to build up enough protection.”

At first, Dr. Mano faced difficulty in convincing others that there could be something to learn about humans from studying distant animal-like worms. However, Dr. Mano believes that investigating basic evolutionarily preserved cellular mechanisms can help researchers understand neuronal damage. “Many critical processes are preserved in their core from nematodes to humans. It is highly likely that the principles we learn about neuronal communication and the clearance of synaptic glutamate in the worm could be applicable to humans.” 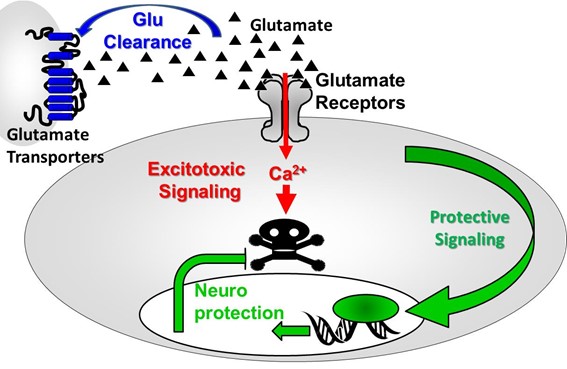 Something that is happening not only in humans, but to this distant animal as well, might be at the core of what happens in terms of neuronal damage.

In addition to his research, Dr. Mano prioritizes including researchers from underrepresented and disadvantaged communities. Coming from an unprivileged background himself, Dr. Mano understands the challenge of entering medicine, science, and research, along with the importance of supportive mentors to encourage students. “It’s important for me to try to engage students from all walks of life both by mentoring at the bench and by teaching in the School of Medicine.”

Researchers in his lab include undergrads, biology Ph.D. candidates, as well as medical students. “Exposing medical students to the scientific way of think helps them look more critically at the work they do and at new developments in medicine. Having a background in basic research helps them make the right conclusions when it comes to the health of their patients.”

The most important thing is to find something that speaks to and would drive you to research. It is not something that comes from above, it is self-generated. When “you got the bug”, you cannot wait to go to the lab to run that critical experiment, read those papers, and think about new ways to understand how things work.

A Message from Deans Friedman and Lima