City College of New York graduate Arber Ruci works at the junction between research and entrepreneurship and has led and mentored startups for over 12 years.

As the Entrepreneur-in-Residence for the New York City Regional Innovation Node (NYCRIN), Arber helps researchers bridge the gap between their work in the lab and the business world. He serves also as the Interim Director of CUNY iHub, a business incubator that is accessible to CUNY students as well as faculty. Ruci also acts as the Director of the New York City Innovation Hotspot, a collaboration between 32 city, state, and federal funded business incubators. In these roles, Ruci aids faculty and student researchers interested in business ventures with company formation, fundraising, and partnerships.

“My universe is right in between where tech comes out of university labs and goes into the marketplace. It doesn’t just magically happen; there’s a lot of work and support that has to happen in between

Ruci’s entrepreneurial spirit was sparked during his time at CCNY, when he and two of his fellow students formed a startup around their attempt at creating an alternative to BlackBoard. The three co-founders later moved to Silicon Valley to cultivate their startup and attend Stanford University. They exited startup in 2016 after eight years of leading the successful business venture

Ruci entered his current positions upon returning to the five boroughs, a city he believes is among the best locations for startups to succeed and flourish.

“New York State is really, I’d say, the second best at it,” Ruci said. “Silicon Valley is still the first, but the innovation infrastructure that New York State has created, down to the city level, down to even CUNY, is pretty impressive – we could be first sooner than we think” 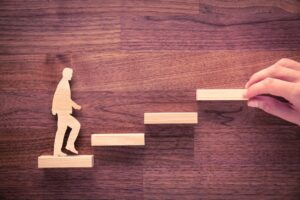 Ruci attributed much of his success to his experiences at CCNY, where faculty and advisors guided him through the tumultuous waters of creating a startup. His mentors at the time did not tell him what he should do at every step, but rather informed him about the potential consequences of each action he and his team took so they could face tough decisions and make well-informed choices. Now, Ruci uses this style of mentorship because he believes oversight allows entrepreneurs to grow into astute leaders and decision-makers.

“What I try to do is help entrepreneurs, especially those coming out of New York state, to go through this journey. I’ve been through it once, it’s very harrowing when you go through it the first time around because you don’t know what’s happening. But once you do it’s like riding a bike, you see the whole process from beginning to end and you can show the others and maybe they will show the rest.”

Within the realm of entrepreneurship and mentorship, Arber is still an active researcher and collaborates with Dr. Zhigang Zhu of the CCNY Department of Computer Science and Jin Chen in the school’s Visual Computing Lab, where they work on creating indoor navigation systems for the blind and visually impaired

Together, they are developing an Internet of Things (IoT) application that integrates indoor navigation with augmented reality to provide users with accurate location tracking, personalized planned routes, and voice instruction at every turn, according to Ruci.

During their customer discovery phase, Ruci and his fellow researchers found that their technology had greater utility than previously imagined and could help groups such as firefighters who may be visually impaired by their surroundings in an instant and need an immediate escape route.

Although there are other indoor navigation systems on the market, Ruci hopes the technology they are developing can be more accurate, accessible, inexpensive, and possesses the ability to transform the world of transportation with minimal changes to existing infrastructure

But whether it is research or advising startups, the aspect of making the world a better place makes Ruci feel as though he’s not working at all.

“This work is super exciting to me because I feel like I’m moving the needle,” Ruci said.  “I understand that changing the world now just means moving the needle positively in a certain direction and it takes a lot of us to do that.”

Featured Student – The Benefits of an Internship at a Startup: Nasim Farahmand Expanding Her Horizons