Last fall, City College announced the College-wide Research Vision (CRV), a competition for seed funding for a research project led by teams of faculty from different disciplines at the university. The CRV aims to support a project that addressed real-world issues facing our world and was able to have a direct impact and applicability to the New York City Area.

The year-long competition process ended in September when the winning team,” Energizing Equity: Co-creating Scalable Urban Resilience via Climate Solidarity” was chosen. The team is led by Dr. Yana Kucheva of the Colin Powell School for Civic & Global Leadership and will receive seed funding of up to $200,000 annually for up to three years. 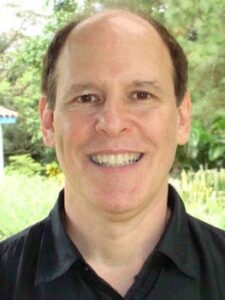 This month, the RICC seeks to highlight all teams involved in the CRV for their efforts. Another team that participated in the CRV was “Mitigating the Effects of War on Vulnerable Populations”, led by Dr. Bruce Cronin, a Professor at the Colin Powell School for Civic and Global Leadership with expertise in International law and civilian casualties.

Their research sought to develop strategies to mitigate the effects of war on vulnerable populations, including rebuilding towns and cities destroyed during conflict, treating civilians and soldiers suffering from the psychological impact of war, and determining what legal agreements and government policies must be updated. The team used an area of Kharkiv, Ukraine as an example of a war-affected area in their presentation.

Goals for the research project included creating an international center for victims of armed conflict, conducting research on war-torn areas, creating an informational podcast series, and holding a symposium on their work, all intended to be done over the next year.

Part of the team’s plan was also sourcing additional funding beyond the CRV for their project, from potential sources such as George Soros, Andrew Mellon, Robert Wood Johnson, the Carnegie Corporation of New York, Annie E. Casey, Ford, Bill and Melinda Gates, Heising-Simons, MacArthur, and more.